The NFL regular season kicked off last night, and believers in the Madden NFL cover curse already have something to point to. The Pittsburgh Steelers' Pro Bowl safety and Madden NFL 10 co-cover star Troy Polamalu suffered a knee injury in the second quarter of the season opener against the...

The NFL regular season kicked off last night, and believers in the Madden NFL cover curse already have something to point to. The Pittsburgh Steelers' Pro Bowl safety and Madden NFL 10 co-cover star Troy Polamalu suffered a knee injury in the second quarter of the season opener against the Tennessee Titans Thursday night. 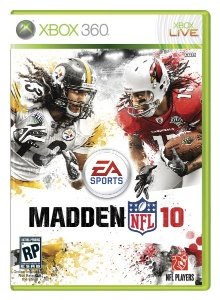 The Associated Press reports that Polamalu's injury was diagnosed as a sprained medial collateral ligament (MCL), an injury that typically keeps pro players on the sidelines for three to six weeks. The defensive star had been having a productive game until that point, making six tackles and coming down with a spectacular one-handed interception earlier in the half. Despite losing Polamalu, Pittsburgh went on to win the game in overtime, kicking a field goal on the first possession of the extra frame for a 13-10 victory.

With Polamalu on the shelf, Madden cover curse watchers are turning their eyes to his fellow Madden NFL 10 cover athlete, Arizona Cardinals wide receiver Larry Fitzgerald. Fitzgerald and the Cardinals kick off their season Sunday afternoon with a home game against the San Francisco 49ers.

Though ostensibly prestigious, the honor of being named a Madden NFL cover athlete has proven perilous. Madden NFL 06 cover athlete Donovan McNabb suffered a season-ending sports hernia halfway through the year. After being beset by a string of injuries, 2007 cover star Shaun Alexander went from the NFL's Most Valuable Player to being a backup running back in just two years. Likewise, 2004 cover athlete Michael Vick missed most of the 2004 season due to a leg injury--and was subsequently suspended from the NFL after being convicted on a series of gambling and dogfighting-related felonies. Vick was recently released from prison and is making his return to the NFL this year backing up McNabb on the Philadelphia Eagles.

It appeared as if EA found a way around the cover jinx for Madden NFL 09 by naming the then-retired Green Bay Packer legend Brett Favre as the game's poster boy. That idea was thwarted as Favre decided to come out of his retirement before it had even begun, precipitating a messy split with the Packers and a trade to the New York Jets. Favre didn't miss any games, but the aging quarterback played with a torn bicep tendon and struggled at the end of the season. At one point 8-3 and in first place in their division, the Jets lost four of the last five games and missed the playoffs. 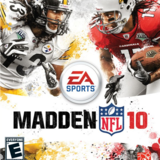