[UPDATE] Warner Bros. has provided a statement regarding the Mad Max last-generation cancellation.

"To ensure players get the best Mad Max experience possible, Avalanche Studios is focused 100% on developing the game for PS4, Xbox One and PC. This has allowed the studio to maximize the potential of those platforms and stay true to the core vision of Mad Max."

Warner Bros. also has revealed a new preorder bonus for Mad Max. Anyone who preorders the game will receive an additional Magnum Opus car body called "The Ripper." See it above.

The upcoming Mad Max car-combat game from Just Cause creator Avalanche Studios is now exclusive to current-generation consoles and PC.

The Xbox 360 and PlayStation 3 editions have been canceled in an effort to focus on the Xbox One, PlayStation 4, and PC counterparts, Avalanche has explained.

The revelation comes through Game Informer's cover story about the game, revealed today. It was also reported Tuesday that Mad Max will be released in early September across Xbox One, PS4, and PC. The game was originally scheduled to launch in 2014, but was later delayed.

GameSpot has contacted Avalanche for further details regarding the last-generation cancellation and more. We'll update this story with anything we hear back.

In addition to Mad Max, Avalanche will release Just Cause 3 this holiday. Outside of actual game development, Avalanche is also packing up and moving to a new, nice-looking office space in Sweden. 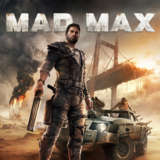