Even if a few unforeseen delays push the game toward the next millennium, a playable demo of Eternal Blue is set to be included with the upcoming strategy RPG Detonator Gauntlet.

Before Lunar: Silver Star Story even hit the shelves, Working Designs announced that it would follow up the much hyped, oft delayed RPG with a reworked update of the Sega CD classic's sequel, Lunar 2: Eternal Blue.

Taking place a thousand years after the events in the first adventure, Eternal Blue casts aspiring archaeologist Hiro in the lead, along with a strong supporting cast. Many new faces and a few familiar ones will join the quest to unravel the mysteries of the Blue Spire and prevent the resurrection of the dark god Zophar. Lunar 2 features many of the same elements as its predecessor: super deformed sprites, an interesting battle system, and extensive use of anime cutscenes and voice acting. The game includes even more movie-quality animation and character voice than the original, and will receive similar graphical and audio enhancements to those of Silver Star when it made its way to the PlayStation.

However, despite these similarities, Lunar 2 will largely remain the same game. While Silver Star Story underwent numerous plot rewrites, small additions, and general changes, Eternal Blue is set to remain relatively unchanged, aside from aesthetic improvements. Although a new subquest is making its way into the remake, and the battle system has been slightly tweaked, most of the original dialogue and story will likely be reused. Lucky owners of the original Sega CD version of the game may be slightly let down by this, but as a result of these changes/revisions/additions Lunar 2 should require less time to get out into the market and may be seen as early as winter '99.

Like Lunar: Silver Star Story, which came out with special-edition collectible packaging, Eternal Blue will benefit from a similarly extravagant presentation. The game will ship with promotional tie-in items and a record five CDs, and it's bound to feature some foil-stamping and embossing somewhere. Three game CDs, a soundtrack CD, and a Making of Lunar 2 documentary CD will be included in the package.

With some luck, fans of Lunar will have cause to rejoice this coming winter. Even if a few unforeseen delays push the game toward the next millennium, a playable demo of Eternal Blue is set to be included with the upcoming strategy RPG Detonator Gauntlet. 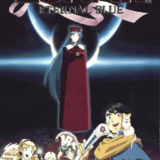