A lost Tomb Raider PSP game that was meant to mark the anniversary of the classic series was lost, but now you can explore large chunks of its environments.

A never-released Tomb Raider game has been leaked, allowing you to play it on PC. Called "Tomb Raider: 10th Anniversary," it was originally intended as a PSP remake of the original Tomb Raider from Core Design. But it was ultimately shelved in favor of a different remake from Crystal Dynamics, Tomb Raider: Anniversary.

While Core briefly considered reskinning the game to be a licensed Indiana Jones game, those plans also fizzled. PC Gamer reports that now more than a decade later, assets were released on the Internet Archive, and made playable via instructions on the fan site Tomb of Ash. You'll need to jump through some hoops like installing a patch, and you need to use either a PS4 or Xbox 360 controller.

This is an early alpha build, and there are no enemies to contend with, but you can explore the environments of Peru, Greece, and Croft Manor.

Crystal Dynamics went on to spearhead the well-regarded Tomb Raider reboot and its sequel, Rise of the Tomb Raider, which had a more survivalist approach and a grounded story with Lara coming into her own as an explorer and adventurer. The studio went on to make last year's Marvel's Avengers game. 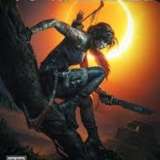 Shadow of the Tomb Raider
Follow
$18.89 on Walmart
Buy