The game is a sequel to 2019's Judgment, which was itself a spin-off to the Yakuza series.

Lost Judgment, a full sequel to Judgment, has been officially announced. Judgment was itself a spin-off of the long-running Yakuza series, and in a livestream hosted by Sega's creative director and series creator Toshihiro Nagoshi, he and producer Kazuki Hosokawa gave many details on the new game. Lost Judgment is also launching worldwide simultaneously on September 24, 2021, which is a first for the developer RGG Studios.

Judgment's main character Takayuki Yagami (again played by famous Japanese actor Takuya Kimura) is returning as the protagonist alongside his companions from the first game--this includes Kaito, Sugiura, and Higashi. New information in a sinister murder case leads the group to Yokohama, where Yakuza: Like A Dragon takes place. While there aren't clear story crossovers, one of the factions from Like A Dragon, the Chinese Luimang, are mentioned as a part of the story. Other supporting characters are returning like Saori and Hoshino, who are involved in the case, too. You can watch the reveal trailer below.

The new game continues the street brawler-style of action and the investigative exploration phases in some of the main story quests, although both sides of gameplay have been revamped with new features and improvements. Nagoshi-san also mentioned that while Judgment is sticking with action combat, the mainline Yakuza series will continue with its turn-based RPG combat system. There are a ton of new features as well like a dancing rhythm minigame, new acrobatic traversal methods, stealth sequences, skateboarding across the open world, a set of ridiculous side quests called School Stories, and more.

Lost Judgment is coming to Xbox One, Xbox Series X|S, PS4, and PS5, and will play at 4K resolution and up to 60fps on the new generation of systems. For more on the series, be sure to check out our Yakuza: Like A Dragon review and our Judgment review, which includes the updated console version. 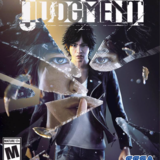