Lost Ark Endgame Guide: What To Do After Hitting Level 50

Hitting level 50 is just the beginning in Lost Ark, but it can be difficult to know what to focus on next. Here are the tasks you should prioritize first heading into the endgame.

Lost Ark is filled to the brim with content while you're leveling up, including quests and loot, but the real game starts after you hit level 50. In true MMORPG fashion, that's where a lot of your experience will take place, but it can be difficult to tell what you should be doing without a little guidance.

Thankfully, it's easier than it might seem at first glance. While there is a dizzying amount of content to get lost in, right off the bat you really only need to focus on a small handful of activities to get the ball rolling on your endgame experience. Here's what you should prioritize shortly after hitting level 50 in Lost Ark.

You'll hit level 50 long before the game's main story comes to a stop, but that doesn't mean you should give up on completing the main quest (designated by the blue globe icon). The main point you'll want to reach is Vern Castle. It's at this point that, once you're level 50, you'll be able to start unlocking endgame activities like Chaos Dungeons as well as the gear honing system. However, you'll likely want to go ahead and complete all of the North Vern storyline and then move on to the Shushire region, which will be accessible once you unlock the Icebreaker ship. You'll need to complete the Shushire main story quests anyways to gain access to higher tiers of content, and completing the main quest there will grant you a full set of 302 item level endgame gear that can be upgraded.

At some point after hitting level 50, you'll want to teleport to Trixion to talk to Beatrice and accept a quest to unlock your first Awakening ability as well as your class's final normal ability. Each class's Awakening quest is slightly different, but consider this quest chain to be absolutely essential to unlocking the full potential of your class. Do this sooner rather than later. Eventually once you've progressed your character's item level further you will be able to unlock a second Awakening ability by traveling to the Rohendel region.

Once you've completed the main story quest in Shushire and unlocked your Awakening ability, the real endgame grind of Lost Ark begins. You'll be wanting to upgrade your 302 item level gear higher and higher in order to access new content, and to do that, you're going to need lots and lots of upgrade materials. Specifically, you'll need Harmony Shards, Harmony Leapstones, Guardian Stone Fragments, and Destruction Stone Fragments. To get those you'll need to do endgame activities like Chaos Dungeons, Guardian Raids, and Una's Tasks. Check out this endgame gear and upgrade guide for a more detailed breakdown.

The catch is that these tasks can only be done so many times per day/week. Chaos Dungeons are endgame encounters where you'll need to defeat waves of enemies within a set amount of time. You can do these twice per day. Next are Guardian Raids, which are Monster Hunter-esque battles against giant magical beasts. These, too, can be done twice a day. The third main activity you'll want to try and complete each day are Una's Tasks, which are short quests around the world that grant various rewards. You can do three daily Una's Tasks per day as well as three weekly Una's Tasks per week. These don't take particularly long, but you'll want to make sure you are selecting tasks to complete that reward you with the upgrade materials mentioned above in order to progress your character.

Complete Abyssal Dungeons (Once You Unlock Them)

The next step in your endgame journey will be to unlock Abyssal Dungeons, which become available once you've progressed the main story past North Vern and have also reached 340 item level. These are more difficult versions of dungeons you've completed as part of the game's main story, and while they can be challenging, they also offer great rewards. Each Abyssal Dungeon you have access to can be completed once per week. You'll get even more upgrade materials from these, as well as a currency which can be used to buy a higher quality endgame gear set.

If you've completed all your daily and weekly tasks and find yourself wondering what to do next, islands are the answer. Various islands around the world of Arkesia will reward you with different materials, and many of them will reward you with the same upgrade materials earned through endgame activities like Guardian Raids and Chaos Dungeons. Most islands are always accessible, but there are occasionally limited-time island events that are also worth doing.

Keep Up On Your Rapport

While not something that is absolutely critical, you should be making progress towards the Rapport level of an NPC of your choice on a daily basis. What is Rapport? It's essentially a friendship gauge that certain NPCs possess that can be filled by granting them gifts, playing them music, or performing certain emotes. Reaching certain Rapport thresholds with NPCs will grant you various rewards, including coveted items like gold, cards, cosmetics, and more. You only get so many Rapport actions per day, so it's best to not let them go to waste. That being said, not all NPCs are created equal when it comes to Rapport. You'll want to focus your attention starting out on NPCs that grant gold, an important endgame currency, as well as Giant's Hearts, which can be exchanged for skill point potions.

Level Up Your Stronghold

Lost Ark's base-building portion might not be the most exciting aspect of the game, but it's still a critical part of the endgame experience. From the Stronghold you can craft endgame potions, food, and account-wide perks, and you'll need to continue researching various recipes and upgrades to level up your Stronghold. A higher level Stronghold in turn unlocks even more recipes and upgrades to learn. The Stronghold can become a bit of a resource sink at times, but making sure you have a steady supply of consumables like potions and bombs is key to surviving some of Lost Ark's more challenging endgame content.

If your Lost Ark adventure is just getting started, be sure to check out these tips for beginners to start your journey off on the right foot, as well as how to get two free Powerpass character boosts and advice on which class to pick. 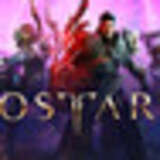