A snow squall hit New Zealand the day of filming, requiring the actors to film the scene in just 45 minutes instead of half a day.

Actors Billy Boyd and Dominic Monaghan have revealed new details on one of The Lord of the Rings' most-quoted scenes. In an interview with IGN, Monaghan revealed that the "second breakfast" scene in which Pippin (Billy Boyd) asks Aragorn (Viggo Mortensen) if the Fellowship will have enough time to eat a second breakfast on their perilous journey, was actually filmed on an extremely tight schedule.

"That was an incredibly rushed scene because it started flash-snowing," Monaghan said, which was odd because it was November in New Zealand, meaning it was summertime. "And [director Peter Jackson] basically came over to us and was like, 'You've got about 45 minutes to an hour to get this and go, otherwise we're in real trouble with all of our gear.' And we got what ended up being a real amazing moment in the film, but it was fast."

Elijah Wood, who plays Frodo, said this scene was meant to take much longer--about a half-day's shoot. Samwise actor Sean Astin, meanwhile, said he wondered if anyone would even care about this scene at all because it wasn't exactly necessary for moving the plot ahead.

But in the end, it became a memorable, oft-quoted, and merchandized scene that "a lot of people talk about," Boyd said. "And it was honestly done in like, an hour. And then we're sitting on washing machines drinking whiskey like… what just happened?" he said.

The four Hobbit actors--Wood, Monaghan, Boyd, and Astin--appeared during the Calgary Expo this past weekend for the first time together as a group in 10 years. For more, be sure to read IGN's full breakdown of the event, which includes many fun and silly stories.

Lord Of The Rings: The Return Of The King - 49 References, Easter Eggs, And Things You Missed 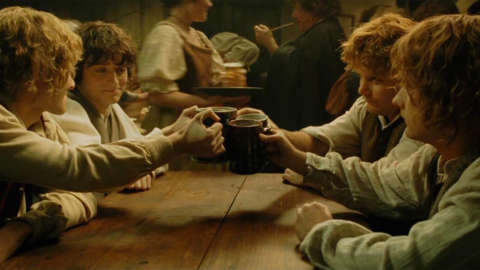 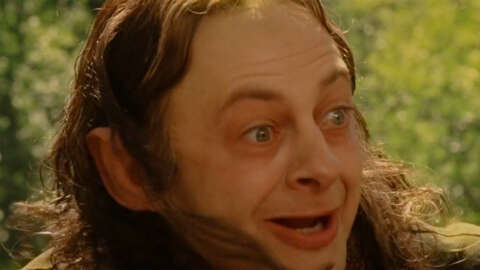 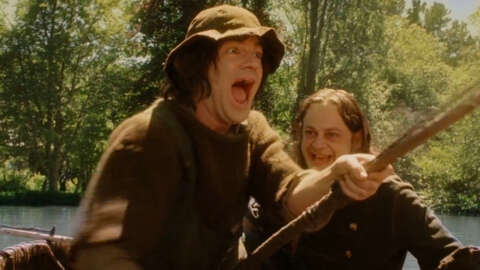 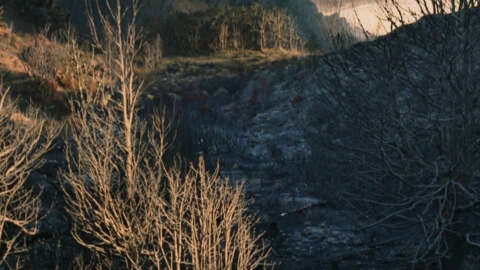