The mobile strategy game says its approach to Middle-earth is different from other LOTR games.

Lord of the Rings: Rise To War is a mobile strategy game based on the Third Age of Middle-earth. It's due to release soon, dropping just a day after Bilbo and Frodo's shared birthday on September 23, and developer NetEase is sharing some juicy new details on how the game will play.

NetEase released a video with senior game designer Nicolas Perrin, who discusses the appeal of bringing Middle-earth to life in a video game before going into more detail as to how Rise To War has handled that task.

To that end, players will be able to experience battles across the entire map of Middle-earth. "We paid especially great attention to recreating the game map as faithfully as possible," Perrin said. "It will include all the classic places of Middle-earth like Dol Guldur, Minas Tirith, Edoras."

You'll also be able to play with some of Tolkien's most beloved characters, whether you know them from the movies or the original novels. "We will include all the fan favorites Gandalf, Aragorn, Legolas, and Gimli," Perrin said. "But also we hope to include less famous characters and hopefully give them a chance to get some time in the spotlight."

The video shows off a few sneak peeks of the actual gameplay, revealing that players will be able to create and deploy different combat units belonging to a faction of their choice. A shot in the video shows a number of factions available to choose from including Isengard, Rohan, Gondor, Mordor, Lothlorien, and Erebor.

Rise To War is due out on mobile platforms later this month on September 23. If that doesn't scratch your Lord Of The Rings itch, there are plenty of other projects on the horizon including a Gollum-centered game and a number of enhancements for the long-running Lord Of The Rings Online MMO. 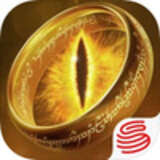 The Lord of the Rings: Rise to War
Follow

View Comments (18)
The Lord of the Rings: Rise to War