The new version releases in October, but you can lock it in for a nice discount right now.

Just days after it was announced, the new illustrated edition of The Lord of the Rings featuring drawings by none other than J.R.R. Tolkien himself is now on sale.

The book doesn't release until October 19, but you can lock in a preorder now for 40% off, bringing it down to $45. The MSRP for the package is normally $75. People who already preordered the book through Amazon will see the lower price reflected on their account. Not only that, but you're guaranteed to get the cheapest pre-release price if it falls further. 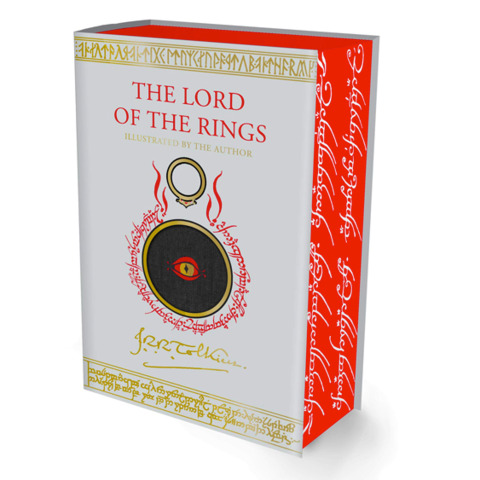 The Lord of the Rings Illustrated Edition is published by Houghton Mifflin Harcourt Books & Media. Previously released editions of The Hobbit contained Tolkien's own drawings, but this is the first time that the Lord of the Rings books will contain his illustrations.

This new novel trilogy will include "paintings, drawings, and other illustrations" from the author. This is the first time we're getting to see his artwork (outside of a museum) since the books were published back in the 1950s.

Tolkien is said to have had no formal training for drawing, and the author himself was known to be modest, so it's no surprise it's taking so long for his artwork to be published officially. "This modesty meant that relatively little else of his artwork was known of or seen during his lifetime, and generally only in scholarly books afterwards," publisher Deb Brody said.

The Lord of the Rings series continues to be popular, with Amazon producing a big-budget TV show based on the series. Outside of TV, a new game focused on Gollum is in the works and its first gameplay was recently shown off.