We talk with CEO Jeffrey Hutt about the latest additions to the next-generation engine that will power NOLF2. New screens inside.

Game technology developer LithTech has announced the release of a new version of its Jupiter system, the next-generation game engine that will power Monolith's upcoming sequel to No One Lives Forever. The latest version of the engine includes a number of improvements in terms of both its graphics capabilities and its ease-of-use for developers. To find out more about the latest version of the engine and what the company has planned for the future, we talked with LithTech CEO Jeffrey Hutt.

GameSpot: Hi Jeff, thanks for taking the time to talk with us. First, can you give us a brief description of the new features included in the latest version of Jupiter?

Jeffrey Hutt: We have added several new features that allow developers to push the envelope even further than before. For instance, our new advanced water FX will allow developers to create more realistic looking rivers, ponds, and rapids. The system also supports dynamic interaction with models in the world so developers can create effects like having a character move through water and leave a wake behind. Since details like these make a game unique, we're glad to be supporting even more visual effects than ever.

GS: Which features do you think developers will find exciting? How will they help developers create more advanced games?

JH: I still am very excited about Jupiter's rendering capabilities, which let developers increase their poly counts by a factor of 30 from previous LithTech systems. We've also upgraded the decal and particle systems, which will be featured extensively in NOLF2. In fact, although the game is still pre-alpha, the levels I've seen so far look amazing.

GS: Can you give us any examples of how these new features will be used in the upcoming sequel to No One Lives Forever?

JH: Well, I can't reveal too much, but I do know that Jupiter's new command editor will be used to create more of the realistic cinematics that the original NOLF was known for. You can be prepared for even more witty dialogue and humor.

GS: What's next on your wish list for the Jupiter engine? Are you working on any other new features?

JH: Jupiter currently has many of its core elements in place. So, although you'll see us adding a few extras in the next several months, developers can now get the essential technology features and the complete set of content creation tools that make Jupiter such a great development system.

GS: Is LithTech still working at all on its other systems, or are all its efforts directed at improving Jupiter?

JH: Certainly, we are directing substantial resources to the development of Jupiter, but, in addition, LithTech has other systems in the works that we will be discussing in more detail soon. We are also continuing to make our Talon and Cobalt systems even better. So, stay tuned. You will definitely hear more from us in the coming weeks.

GS: Do you have any big plans for this year's Game Developers Conference?

JH: Like I said, you'll hear a lot more from us in the weeks leading up to the show. Obviously, it's a big event for us, and we definitely have a lot planned. We've never had more new features or content on display than we will at this year's show. In addition to our LithTech song and dance, we'll have a couple of people from the NOLF2 team speaking in our theatre area about developing NOLF2 using Jupiter. Some of our other licensees and strategic partners will also be presenting what they're working on. Overall, it promises to be a great show.

GS: Thanks for your time, Jeff.

For more information, visit the official LithTech Web site and take a look at our previous coverage of the upcoming sequel to No One Lives Forever. 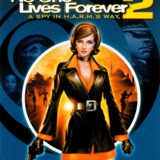