Limited-Edition Garrus Vakarian Statue Up For Preorder Ahead Of Mass Effect: Legendary Edition

The statue will launch after Mass Effect: Legendary Edition, with only 3000 being produced.

With the Mass Effect: Legendary Edition coming in March, you might be craving some new Mass Effect merchandise to further reminisce about your time with BioWare's space-faring trilogy. This limited-edition Garrus Vakarian statue could be just that.

Teased earlier this year, BioWare has officially launched preorders for the statue on its website. Made of polyresin and standing 6 inches tall, this hand-painted statue features everybody's favorite Turian in a recognizable pose; on the verge of taking out a target with deadly precision. 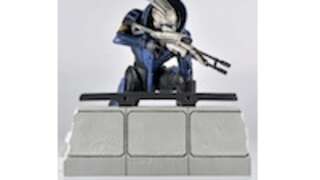 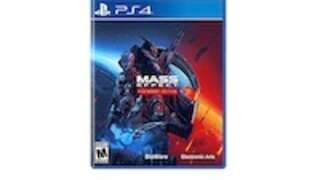 Garrus is kitted out in his traditional armor and equipped with the M-92 Mantis Sniper Rifle. You might also recognize where in the trilogy this statue pulls inspiration from if you look close enough. The statue weighs just over 38oz and will ship this July, with a retail price of $95.

That price might quickly skyrocket on the second-hand market if you aren't fast enough, though. BioWare says only 3,000 of these are being made, so if you're interested you better lock in your order fast. Only one is available per customer, and preorders are being taken through BioWare's merchandise site directly.