The music of Final Fantasy has always captured the scope and vision of the series. With a library of compositions sourced from over 15 games, the upcoming Theatrhythm Final Fantasy: Curtain Call has no shortage of material to draw upon.

The Theatrhythm games feature a large cast of characters from the Final Fantasy games drawn in an alternate chibi-style. You play through songs by clearing circles, arrows, and lines with a series of timed taps and swipes. Successfully timing these actions wears down the health of an enemy monster, and missing cues depletes the health of the party. The required dexterity initially felt strange, but after a few songs I soon found myself enjoying the challenge of hitting the beats in time to some of my favourite Final Fantasy songs.

If the existing catalogue was not enough, Hazama was open to the idea of releasing downloadable content. "One of the things I think that we should do is use downloadable content to increase the amount of tracks, songs, and music stages available," he said.

"There were a lot of technical changes and tweaks that needed to be done to get versus mode going," he said.

The idea for a versus mode came from creative producer Tetsuya Nomura, who suggested its inclusion during early stages of development. The objective was to bring players together to play with others from all around the world.

Speaking on the future of the series, Hazama was hesitant, saying there was "nothing concrete on the table yet."

"This is just my own broad thinking, but we're probably going to draw the line on Final Fantasy. This will be the last Theatrhythm featuring Final Fantasy. I'm thinking about other titles with music that we produce, we can do something with that." he added.

He did not name any particular titles, but Square Enix possesses a catalogue of games with a large variety of soundtracks. I'd like to think the Kingdom Hearts and Parasite Eve series would sport music suitable for implementation into a rhythm game. In the meantime, Theatrhythm Final Fantasy: Curtain Call offers a rewarding rhythmic experience set to an extensive library of Final Fantasy melodies. 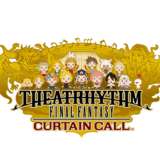