The collection was originally set to launch on September 30.

Square Enix has announced that the Life is Strange Remastered Collection is still scheduled to launch on February 1 for Google Stadia, PC, PlayStation, and Xbox as previously announced. However, the Nintendo Switch version of the game has been delayed.

The development team explained that the Switch version needs more time and work before they are ready and will be released later this year, but an exact timeframe wasn't specified. The studio also announced there will be an extended look at the collection next Tuesday, January 25.

An update from the Life is Strange team pic.twitter.com/gLx8uK0e4v

Life is Strange Remastered Collection contains both the Life is Strange and Life is Strange: Before the Storm titles. The collection boasts improvements such as better character visuals, lighting upgrades, and fully motion-captured facial animations.

The Life is Strange Remastered Collection was originally set to launch on September 30. However, the game was then delayed to early 2022 due to development difficulties. The team was also working on Life is Strange: True Colors simultaneously, so delaying the remaster helped the team to focus on launching the former first.

A Life is Strange TV show is also in the works as well. Shawn Mendes is overseeing the music for it and Andrew Gertler, Mendes' manager, also helping to assist. 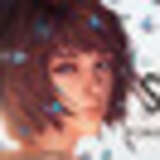