Life Is Strange Creator Is Now A Third-Party Publisher, Too

The French game developer Dontnod, which created the Life is Strange series, is growing its reach and becoming a third-party publisher. Dontnod announced this week that it will publish developer PortaPlay's new game as a co-production effort. Under the terms of the deal, Dontnod will hold the "majority rights" of this new IP.

The Copenhagen-based PortaPlay is making an "original creation." Little is known in the way of specifics, but Dontnod said the game "fits with the editorial vision and values of Dontnod." It added: "These values federate a broad audience and resonate with our very committed community of gamers around the world."

Dontnod's publishing and marketing department was established in 2020, but this seems to be the first game that the company is taking on as a publisher.

"With this first partnership, Dontnod will provide to PortaPlay its know-how and experience acquired with its previous titles, in order to support this future creation in its development and marketing," the company said. "This new collaboration contributes positively to the value creation potential of the studio-publisher which, through this controlled co-production with an experienced core team of 10 developers, integrates an additional Intellectual Property to its assets and strengthen its games line-up beyond its internal production capacities."

Dontnod's publishing boss Xavier Spinat said, "As a publisher, we want to offer players experiences that are both accessible to the wider audience, while setting the bar high regarding themes and quality of design. From our first discussions with PortaPlay, it became clear to us that co-producing and publishing this original creation would allow us to expand our portfolio with a game complementary to our in-house productions, while remaining true to our DNA. We will be able to bring to our partner with our know-how and our knowledge of the market, in line with our communities' expectations."

"We feel called to work on games with meaning. Games combining solid game mechanics and storytelling--about individuals in crisis situations tackling moral dilemmas," the executive said. "This new partnership is thus a great opportunity to us."

More information about PortaPlay's new game will be announced "soon."

Dontnod had two major releases in 2020, including Tell Me Why and Twin Mirror. Square Enix owns the rights to Life is Strange and recently announced a new entry, True Colors, which is in development at Deck Nine. 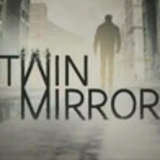