Let It Die Coming To PC

Not just for PS4 anymore.

GameSpot can reveal that Grasshopper Manufacture and GungHo Online Entertainment are bringing their free-to-play hack-and-slash RPG, Let It Die, to PC. Originally an exclusive for the PlayStation 4, the PC version of the game will launch via Steam this fall.

Let It Die puts you in the role of a poor soul who--while under the guidance of a skateboarding grim reaper named Uncle Death--is tasked with climbing a tower filled with enemies and traps. Initially your character is just running around in their underwear, so it's paramount you find more powerful pieces of armor or weaponry to increase your chance of survival. You'll have to manage your character's bodily needs as well, scavenging for food to replenish health.

Let It Die's defining mechanic is "death data." If your character dies, you lose everything and are sent back to square one. However, your previous character and every item and weapon that was on them at the time of death is saved to Let It Die's servers and circulated throughout other player's games. Other players can then encounter the spectral remains of your previous character as a powerful enemy. Likewise, in your game, you can run into the ghosts of the characters of other players.

Let It Die has proven popular in recent years, reaching two million player downloads in February 2017 and four million in April 2018. We imagine that number is only going to go up with the game's release on PC.

Both Grasshopper and GungHo continue to support Let It Die, updating the game and patching bugs. Grasshopper is also currently working on Travis Strikes Again: No More Heroes while GungHo is developing Ninjala. Both titles are scheduled to launch for Nintendo Switch, the former in 2018 and the latter--which we covered as one of the 21 stellar games you probably missed out on from E3--in 2019. 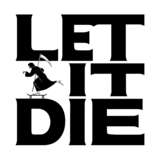