Al Lowe confirms his departure from Replay Games after president pleads guilty to showing an explicit video to a minor.

Lowe explained to Kotaku that his decision to leave the company was due in part to the recent arrest of Replay Games president Paul Trowe, who pleaded guilty to showing an explicit video to a minor in 2012.

Trowe, who claims he did not know the age of the young woman before showing her the video, took a plea bargain in April 2013 that put him on two years probation and required that he take a sex offender counseling class.

"There were many reasons for my departure, including that [2012] incident," Lowe said. To his knowledge, Replay Games retains the rights to publish more Leisure Suit Larry games.

"But they'll have to do them without me," he said.

Last year, Lowe and Replay Games launched what would become a successful Kickstarter campaign for Leisure Suit Larry: Reloaded, which was released in June of this year. A retail version of the point-and-click adventure game for PC came to retail in October. 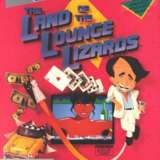