You can explore the Hundred Acre Wood in tiny brick form, but this nostalgic throwback is recommended as an adult build.

The Lego Group has announced a new partnership with Disney to release a Winnie the Pooh set as part of its Lego Ideas collection. It's coming on April 1 and is priced at $100. VIP early access to the set begins on March 18.

The new set features classic characters Pooh, Piglet, Tigger, Rabbit, and Eeyore, all gathered around Pooh's hollowed-out tree. It's 1265 pieces in all and recommended for adults with an 18+ age rating. Usually higher age ratings mean complex or multi-phase builds, especially when it comes to collector's items.

In addition to the minifigs, the set includes some iconic Winnie the Pooh imagery based on the classic books and Disney adaptations. Props like Pooh's honey pot, beehive, and red balloon are present in the set, and Pooh's treehouse opens up for interior detail. 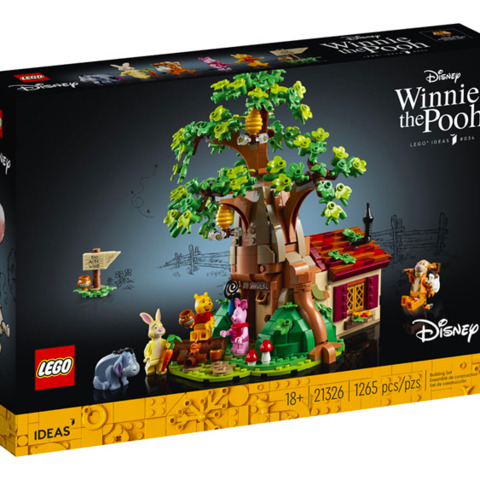 Though you can't preorder the Lego Winnie the Pooh set just yet, VIP access begins March 18, and the listing is already live if you want to check it out.

Lego Ideas allows builders to submit ideas and have them voted on by the fan community. Lego Ideas sets have been especially popular for collectors to honor some pop culture icons, as it has led to the production of sets based on Sesame Street, Voltron, Stranger Things, and sitcoms like Friends.