Draft a letter the old-fashioned way with the Lego Typewriter set.

Lego has been proven to be a positive mental boost for creativity and problem-solving, and now it can help you improve your retro typing skills as well. The latest set from the Danish toy company is the Lego Typewriter, which will include 2,079 pieces and will retail for $200. 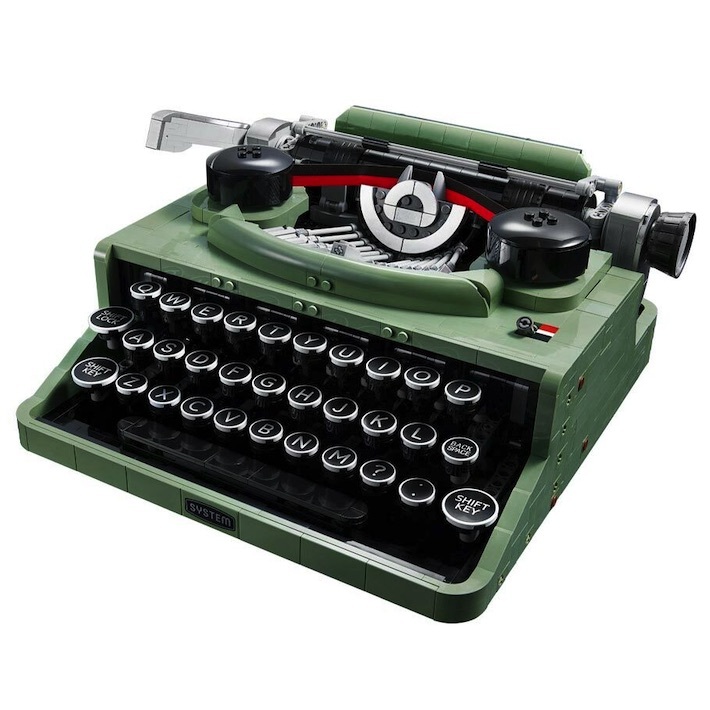 Much like the classic tool for hammering out letters and memos, the Lego typewriter features a center typebar that rises each time a letter key is pressed and is linked to the carriage which moves across as you type.

You can even feed paper into it to simulate the feel of typing, as the kit includes a platen roller in its retro design and comes with a letter written and signed by Thomas Kirk Kristiansen, chairman of the LEGO Group. The original design came from Steve Guinness, with the Lego fan explaining that the idea came from a desire to create "something totally different from anything that LEGO has ever done," and showcase that anything can be made from Lego.

Guinness bought a vintage typewriter and studied it until he was happy with how the bricks and typing mechanisms worked. The Lego Typewriter will be available to buy from June 16 for VIP members and will be on sale to everyone else from July 1.

This isn't the only nostalgic kit that Lego has revealed lately, as fans of NBC's Friends can also reconstruct the iconic apartment from that sitcom as well the Central Perk coffee shop.