To celebrate May the 4th, Lego is releasing a new R2-D2 Lego set. It's pricey and chock-full of cool features.

Lego's new Star Wars R2-D2 set will be available to order tonight, April 30 at 9 PM PT / 12 AM ET. This is Lego's most elaborate build of the iconic droid yet. The massive set is exclusive to the Lego Store, which means it might sell out pretty fast. Lego R2-D2 is releasing just in time for Star Wars Day next week. 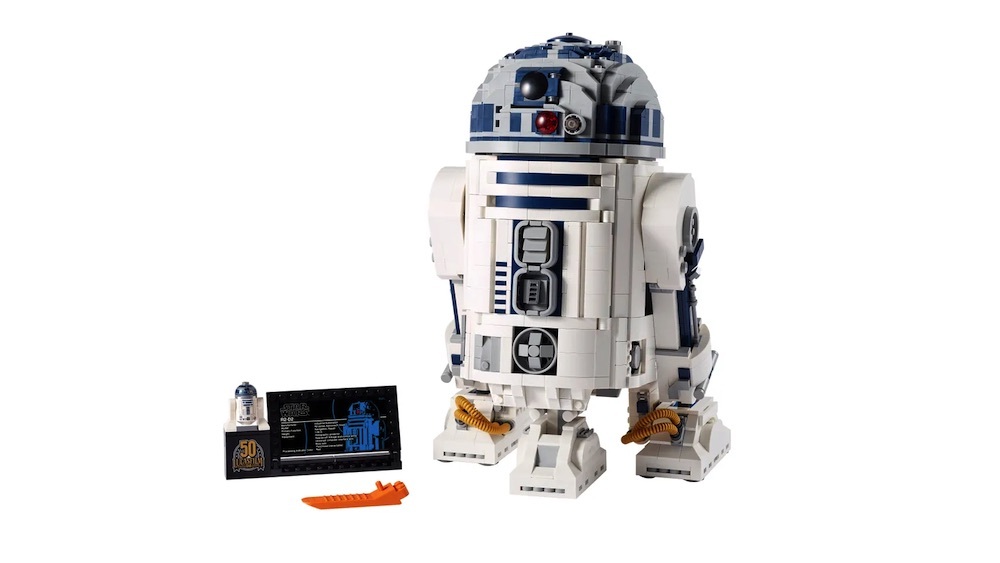 Lego R2-D2 is quite pricey at $200, but it's one of Lego's more in-depth Star Wars builds. The 2,314-piece set stands at just over a foot tall when built. Aiming for authenticity, Lego has included some neat features with this build. You can rotate R2-D2's head and retract his middle leg. It also has a front hatch that opens and extends as well as a movable periscope. As an added bonus, Luke Skywalker's lightsaber is tucked inside R2-D2's head for safe storage.

As with all major Lego sets, R2-D2 comes with a commemorative plaque with facts about the droid. This plaque is more special than usual, though, as it highlights the 50th anniversary of Lucasfilm and includes a small R2-D2 figure that sits on top of the plaque.

In other Lego news, Luigi is joining the Lego Super Mario lineup. The Luigi Starter Course releases August 1 and is available to preorder now at multiple retailers, including the Lego Store and Best Buy. For more Star Wars products, make sure to check out our Star Wars gift guide, which is filled with great gift ideas for collectors.