But why is she still wearing heels?

Sony's PlayStation 4 may have been the top-selling console for July, but the latest software list from the NPD group show some surprising life left in Microsoft's Xbox 360.

The number one selling title last month was Lego: Jurassic World, another entry in the prolific Lego canon of movie adaptions. Read our full Jurassic World review here. But the really surprising trend was that, after months of both the Xbox One and PlayStation vying for the top console position, the lead platform for the Lego game was the Xbox 360.

The NPD notes, although Lego: Jurassic World was the "highest-selling game on a unit sales basis," Batman: Arkham Knight would've come out on top "if sales were included from hardware bundles."

For new releases, the top July game was Rory McIlroy PGA Tour, and the NPD notes that, "Sales within the first data month for this new title exceeded the prior iteration, Tiger Woods PGA Tour 14, by close to 70 percent."

Here's the full July top 10 in physical retail sales. The order of consoles listed after each title indicates which platform that game sold the most on.

After the PS4, the top-selling console for "new physical software sales" was the Xbox 360. The NPD's Liam Callahan postulates that the E3 announcement of backwards compatibility coming to the Xbox One may have led to that increase. "Consumers may have felt safer buying 360 games knowing that they will be able to play them on Xbox One if they choose to upgrade."

While we see a lot of familiar holdovers in the top 10 above, things are likely going to get much more heated as we head into the fall with the imminent release of highly anticipated titles such as of Metal Gear Solid V: The Phantom Pain, Call of Duty: Black Ops 3, Star Wars: Battlefront, and many, many more. 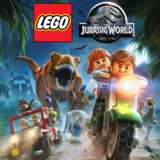