The Lego franchise is pushing along at full steam. Traveller's Tales is currently working on Lego: Lord of the Rings and the Wii U-exclusive Lego City Undercover, with Funcom getting to work on a new Lego MMO of its own. But after those games ship, what then? According to Lego Group senior development manager Darryl Kelley, the future is bright for the series, with "plenty of opportunity" to continue the brand.

Speaking to GameSpot in a new interview about the state of the Lego brand, Kelley opened up on the franchise's explosion in popularity. He said it has been due in part to properly translating the features, functions, and stories of physical Lego toys to the digital space and making sure a core toy-set always accompanies a software launch.

Also during the interview, Kelley opened up on Lego: Lord of the Rings, claiming J.R.R. Tolkien purists will appreciate the game, despite it being peppered with moments that "maybe don't fit" with the author's iconic source material. Further, Kelley explained why Funcom--developer of the mature-rated Age of Conan--was the right fit to make a new Lego MMO, and said Lego is committed to bringing its games to the Xbox 720 and PlayStation 4.

How do you view the Lego brand now? Is it healthy? Hurting? Stable? Where do you see it now, in the tail-end of 2012?

On the digital side of things, where a lot of developers and publishers are struggling a bit as we see the tail-end of the console cycle…we've been very lucky to be in the position that we are.

Can you talk about what's been responsible for the explosion in popularity with Lego games?

I think it's a combination of a lot of effort from different parts and stakeholders within the Lego Group. You've seen a strong, obvious cohesion of core themes as it relates to our physical product, and how the features, functions, and stories of those themes translated into the digital space. You look at a minifigure and it's a play-starter, a story-starter. When you take that and put it into a digital form, especially when there's a great theme associated with it, it really builds on the fun that you can integrate into a digital experience and it translates well, and we've see that across the board from our target group of 7-9 year-olds and adults. We've seen a lot of adults really love the Lego games as far as the challenge and replayability factor.

"A lot of developers and publishers are struggling a bit as we see the tail-end of the console cycle…we've been very lucky. "

How we translate those core, DNA features into our games, I think plays well on both sides. I think you see an impression as far as how it can inspire someone playing the toyset to want to actually try the game and from playing the game want to actually play with the toyset. It's a healthy balance that we've been able to nurture and maintain over the last 5 to 6 years.

We've seen a new Lego game every year for the past decade or so. Is the Lego Group worried about brand saturation or oversaturation?

Always. Yes. Of course. Any developer, or any publisher, or toy manufacturer would always look at [brand saturation] from an acute, strategic, and competitive point of view. And it's important that we're adding novelty to each and every game. There's always something new; there's always something different. We're always looking to add different layers, whether it's a feature or a function or it's new hardware, which we'll have the luxury of having over the next few years. So it's definitely always been a concern, and it's just important to maintain a healthy balance. We design every game as a support of a core product. We've learned from the past that we need support to make sure that every game is supported from a core theme that we have physically available to our consumers.

Regarding Lego: Lord of the Rings, this is obviously a big project for the Lego Group. The source material for this game, as you're aware, is dark and serious, but the Lego brand is all about accessibility and light-heartedness. These seem to be contrasting ideas. So where is the line drawn.

It's kind of a darker game when it comes to Lord of the Rings, but that's the great opportunity for Lego; that we can bring that levity and humor into what could really be a serious situation. We've been able to provide the Lego DNA and the fun and the humor and really inject it into situations where maybe it doesn't fit, But it's just the fact that a simple little movement or gesture from a Lego minifigure just completely lightens the moment and provides what would be more of a serious situation to a more hysterical moment. And you've seen that pattern throughout our games and TT Games is very, very good and accomplished at understanding the Lego brand and how the humor really can lighten the moment and create a less serious situation. It's been something we've paid a lot of time and attention to, especially as it relates to the Lord of the Rings, and the end result is turning out to be something special.

Are you worried, though, that some Tolkien purists are going to be turned off by that idea? Have you heard anything to that effect?

No. We haven't. But I think the way the game is designed, it follows the story. There's no deviation from that, so I think for your Middle-earth fans and your Tolkien purists, they're going to appreciate what we're able to accomplish, but also still provide those moments where even if you are a Tolkien purist, it's a moment where you can laugh. It creates a more lighthearted instance where what would be a more serious theme or tone, so I think it's going to appeal to a lot of different consumers.

Do you think that Tolkien himself would want this game to be made? Do you think he'd play it if he was around?

[Laughs] I would hope so. That's obviously a question of whether he'd be into video games in the first place. I would hope so. Yeah, I would love for him to be able to play our game and to get direct feedback from him. That would be amazing.

The Lego brand has tapped into a number of huge franchises already. Harry Potter, Batman, Pirates of the Caribbean, Star Wars, Indiana Jones, and more. Where else can you go from here?

We're obviously constantly evaluating the portfolio and like I had mentioned before, we are very tied to our core playthings. Depending on what our portfolio looks like in the coming years will always dictate how we want to approach the digital side of it from a strong strategic and integrated point of view. There's still plenty of opportunity and ways for us to expand the digital portfolio for our consumers. As our toy business evolves, we will evolve with it.

So the mindset is always physical first, then build games off that?

It's definitely always a healthy balance. And we always want to make sure that we have games that coincide with our physical business. It's not a strong business model to completely separate ourselves and that's why we try to be a very cohesive company.

There's going to be a new Lego MMO built by Funcom. Can you talk more about this project?

There's still a lot of details to be worked out. I can't give away too much information on that. But I can say yes there is a project in the works with Funcom and there will definitely be more to come down the road as far as the details and the idea of that game will be all about.

Can you talk about why Funcom was the right fit? Because they have not made many younger audience-themed games before. They're known for some pretty mature games.

It's no secret that the last Lego MMO--Lego Universe--despite attracting 2 million subscribers, fell short. Can you talk about how things will be different this time around?

We've learned a lot from Lego Universe. And it was a great opportunity for the Lego company. And it was actually, in many ways, quite a success for us. We look at is as a strong opportunity for us to learn how to work within that area and that digital landscape. And we're going to take a lot of those learnings and apply it to how we move forward, like the project with Funcom. There's really not a lot to say publicly.

Shifting gears a bit, Lego City Undercover stole a lot of hearts this year at E3. How early on did Lego know it wanted to have a game for the Wii U?

This game has been in development for some time. As with a lot of our games, the opportunity to work with a partner like Nintendo is one that you just don't make a decision irrationally on. They are an amazing partner and we're really fortunate to have been able to work with them to develop Lego City Undercover. It has been a project that we have been working on for some time, and that's the best I can say.

What is it about the Wii U that makes it a good fit for Lego?

Nintendo and Lego's core and fans are very tightly matched. We've seen that throughout our process and development here. The loyal fans of Nintendo, in many ways, are very equal fans to the loyal fans of Lego. And the quality standards that Nintendo has is very reflective of the high quality standards that we have. It's very much one-to-one. So we felt that the opportunity to be exclusive on this platform and to take advantage of the new features and functions, especially with the GamePad, was definitely an opportunity that we all felt was best for both parties.

Lego is obviously supporting the Wii U, but what about future console from Microsoft and Sony, should they exist? Is Lego planning that far out yet?

No we're not planning that far out yet because nothing has been confirmed from those guys. So I can't necessarily comment on when they will confirm their new systems. Obviously we would love to be on those platforms and we will make every effort to be on those platforms, whether it be with a new or an existing game. So we'll cross that road once we see more from those first-parties. 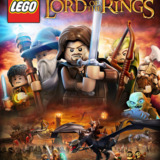 View Comments (0)
LEGO The Lord of the Rings