Lego City Undercover has received a new trailer highlighting that the game's PS4, Xbox One, PC, and Nintendo Switch ports are coming this spring.

The video shows off the game's main character Chase McCain, its excellent sense of humor, and showcases a snippet of the game's amazing soundtrack. Take a look and listen for yourself above.

Lego City Undercover was previously a Wii U exclusive, released in 2013. The new console versions were announced by Lego in November. At the time, the toy giant described the ports as both "remastered" and a "re-release." It's unclear whether the versions coming in spring will be straight ports or or if improvements and content additions will be included.

Unlike many other Lego video games, Lego City Undercover is based on an original story where players take control of an undercover police officer named Chase McCain to bring criminals to justice.

"By the time Lego City Undercover's story comes to an end, you have guided Chase through every action-movie circumstance imaginable, and have probably seen the 'twists' coming a mile away. And that's perfectly OK," said Kevin VanOrd in GameSpot's Lego City Undercover review.

"The game knows you know where it's going, and it has fun at its own expense ... There are bigger, more complex, more beautiful open-world games on the market. But none of them are this good at making you feel so young at heart." 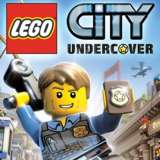