The gaming industry's June US retail sales were so bad that not even two Batmen could save them. Despite a top 10 that featured Lego Batman 2: DC Super Heroes and Batman: Arkham City, the NPD Group today reported that June gaming sales were down 29 percent year-over-year.

The dark knight's latest Lego tie-in sold 450,000 units across all platforms last month, enough to secure the top spot on the charts. Meanwhile, Batman: Arkham City rode a Game of the Year edition rerelease all the way to the sixth spot on the charts. That was enough to top another super-heroic resurgence, as Activision's Amazing Spider-Man movie tie-in title debuted in 10th place.

Military shooters were another common sight in the top 10, with Ghost Recon: Future Soldier actually moving up the charts in its second month of release, landing in the number two spot. Last holiday season's feuding FPS games from Activision and Electronic Arts also kept hostilities up, as Call of Duty: Modern Warfare 3 finished in eighth place, just ahead of Battlefield 3.

The industry completed a difficult first half of 2012, which saw every month post double-digit percentage declines. February has been the best month of the year to date, posting a mere 20 percent slide in industry sales. June continued the trend with hardware sales down 45 percent, and software sales off 29 percent. However, the accessories market continued to post modest gains, up 4 percent year-over-year. NPD analyst Anita Frazier said the accessories numbers have particularly benefitted from a boost in sales of point cards for online services, which have been up 36 percent through the first half of the year.

As for why the industry is struggling so, Frazier pointed out that the first half of the year saw 34 percent fewer titles released than in 2011. While she said the average release is bringing in 2 percent more revenue, the overall dearth of new launches has been contributing to the ongoing declines.

Microsoft also sent out a note heralding the Xbox 360's performance in June, saying the system sold 257,000 units for the month. That makes 18 straight months that the Xbox 360 has been the best-selling console in the US. 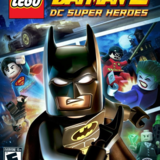