Legend of Zelda: Game & Watch Is A Great Way To Play Link's Awakening

The Game & Watch: The Legend of Zelda edition shows off the strength of a standalone device made for portable games. 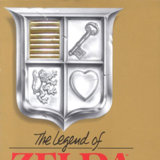 When the Game & Watch: Super Mario Bros. edition launched last year, it was more of a curio and collectible than any kind of serious gaming device. It only included two relatively short classic games plus a Game & Watch homage, and it really wasn't the ideal way to play the classics, but it felt like a proof-of-concept for a Game Boy retro device. A year later, the Game & Watch: The Legend of Zelda edition is a more substantial offering, and one of the better ways to play at least one of the best Zelda games of all time.

The Zelda version is almost identical to the Mario version in most respects, with green trim instead of red and the neat little addition of a glowing Triforce symbol on the back that lights up when the system is on. Other than that, the two are identical, right down to the charging port and button configuration placement. This time, the library includes the original The Legend of Zelda, Zelda 2: The Adventure of Link, and The Legend of Zelda: Link's Awakening, along with another riff on a classic Game & Watch minigame.

The game selection is presented a little more handsomely this time, with a slightly cleaner interface and the ability to swap between language options. And naturally, the actual clock function is presented as a Zelda 1 dungeon with the floor blocks making the numbers. (The Timer function is Zelda 2-themed.) The Game & Watch homage is the simplistic game Vermin, with Link's face replacing the monochrome Game & Watch character.

So the main difference is in the library, but given the differences between Mario and Zelda games, that makes it fairly profound. Super Mario Bros. and The Lost Levels are very similar-looking and -playing games, and both are best served in short bursts. Even without the use of Warp Pipes, it's a quick diversion rather than a meaty adventure. Zelda games are just the opposite. A play session could consist of a single dungeon, and the games have been known to last several hours. By their nature, Zelda games are bigger, more robust experiences.

But not all of the Zelda games translate perfectly to this medium. While the quick-reflex action of a Mario game translates fine to a tiny Game & Watch screen, the original Legend of Zelda and the oddball Zelda 2 feel a bit cramped when shrunk down to the size of a cracker. And the Vermin game, while a cute mini-game, isn't the sort of thing that will keep me coming back for extended play sessions.

However, this is exactly where Link's Awakening shines. It was always built for a smaller screen size, with bigger, more expressive characters and a closer camera than either of the two NES Zelda games. It was also always built for a system with just two buttons, so the Game & Watch feels right at home. In effect, this makes the G&W version a perfect port, almost identical to the original in both form and function.

It helps that Link's Awakening is one of the best Zelda games of all time, and a personal favorite of mine. Lounging on the couch playing this nostalgia trip brought me right back to the den of my grandparents' house, where I'd sit and replay it every time we took a family trip to visit. The form factor of the Game & Watch isn't quite like that of the Game Boy--it's much more like the first-gen Game Boy Advance--but the D-pad and buttons feel right and evoke the same sensation. I played through the first two dungeons in Link's Awakening before I noticed any time had passed. I'll probably play through the full experience all over again, simply because it feels so right on this device, before I put it away with my other Nintendo collectibles. That's about the highest compliment I can pay to one of these strange, quirky single-serve gaming machines.

When the Mario Game & Watch released, I said it felt like a proof-of-concept that Nintendo could produce a small-screen emulation device that can support a retro Game Boy similar to its NES Classic and SNES Classic systems. With the Zelda Game & Watch, one of the included titles is actually a Game Boy game, presented in glorious shades of green to imitate the old dot matrix screen, and it works fantastically well. Side-by-side against the console ports, it goes to show how well a small device like this captures a game that was always meant to be viewed on a handheld. I have no idea if Nintendo will ever produce my dream of a lightweight Game Boy retro emulator device. But after playing with the Zelda Game & Watch, I believe more than ever that it absolutely should.

The Legend of Zelda