LCD vs. LED Monitors For Gaming: Differences And Technology Explained

LED and LCD are terms you'll see while shopping for displays, but the distinction is much simpler than you might think.

From panel technology to refresh rates, there are a lot of things to consider when looking for a new gaming monitor. To aid you on your journey for the perfect setup, we're breaking down two of the most common display technology terms: LED and LCD. Here's what you need to know about LED and LCD screens, what the terms stand for, and how they factor into modern gaming monitors.

What is LCD and how does it work?

LCD stands for liquid-crystal display, which refers to how the monitor works. Behind the screen, liquid crystals are sandwiched between two layers of glass and used to change the colors of pixels to create the images that you see. The whole process is a lot more complicated, but that's the gist of how LCDs function.

What is LED and how does it work?

LEDs work in a similar way; in fact, you can consider LEDs a subcategory of LCDs. The only difference between some LCDs and LEDs is the type of backlighting: LEDs use LED (light-emitting diodes) backlighting.

The tricky thing, however, is that it's pretty much impossible to tell what type of backlight and how many backlights a monitor has based on a typical product description. Some manufacturers will share that info, but generally they won't unless the backlight setup is a premium feature you're paying for.

So which is better for gaming: LED or LCD?

You won't have much of a choice between LED or LCD. Most monitors, regardless of whether they're marked as LED or LCD, will use LED backlights. LED backlights became the new standard because they allow manufacturers to make thinner, more energy-efficient monitors with better graphics. It's not worth going out of your way to find an LCD with fluorescent backlighting, unless you really, really hate LED lights.

Which backlights a monitor has isn't as important as other factors such as panel technology, refresh rates and response time, G-Sync vs. FreeSync, and HDR --those are the characteristics you should pay more attention to when choosing a monitor. If you're not looking to break the bank, a couple of great LED monitors at excellent price points we can recommend are the Asus VP249QGR, a nice budget 1080p monitor, and Acer XF250Q Cbmiiprx 24.5, a well-reviewed budget 240Hz monitor. 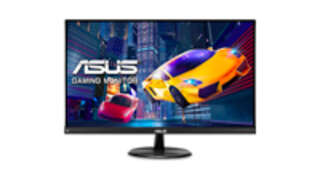 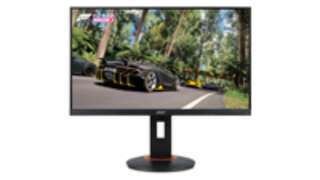