Nintendo president working to avoid weak debut slate with Wii U, says company would be negligent to never consider a phone-capable handheld.

At this year's Electronic Entertainment Expo, Nintendo senior managing director Shigeru Miyamoto acknowledged struggles with the 3DS launch lineup, saying developers had a short window of time to work on the system's initial titles. The sentiment was expanded on by Nintendo president Satoru Iwata this week in a Nintendo shareholder meeting in response to an investor question.

Iwata acknowledged the difficulty in recovering after a slow start at retail or changing a widely held perception once it has been established, conceding that Nintendo's preparation was "lacking" in regard to the 3DS key launch library. In particular, Iwata said the company would have fared better if it had produced more games to make the system a must-have for consumers right away.

"We also must reflect on the fact that we were not able to launch Nintendo 3DS at a time when a sufficient number of strong software titles were ready," Iwata said. "In order to avoid the same thing from happening to the Wii U, we are considering details, such as what software is suitable for the launch, more carefully than ever before."

Another investor told Iwata he viewed games as a waste of time and said Nintendo needs to introduce value-added features to the 3DS for parents and others like him. Specifically, he suggested mobile phone functionality.

"If we had never considered combining a mobile phone and a handheld device, we would be negligent," Iwata said, "but on the other hand, mobile phones are subject to monthly fees, and we need to consider how well this would fit with game devices or how we should balance these aspects. Adding to this, mobile phone companies are generally divided by countries, and when running a business on a worldwide basis, we need to consider in what conditions can we partner up with mobile phone companies around the world. Please understand that we are still researching these areas."

A hypothetical Nintendo entry into the mobile phone market has been a hot topic in the wake of The Pokemon Company's confirmation of an official app for iOS and Android devices. However, earlier this week,Nintendo spokesperson Yasuhiro Minagawa ruled out the possibility of the company producing games for Apple's iOS or other hardware makers' platforms. But since the gaming giant owns only a minority stake in The Pokemon Company, it can't prevent Pikachu and friends from going mobile. 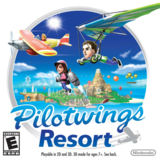