Last Chance To Claim These PS Plus Free Games From January (PS5, PS4)

January's batch of freebies includes Maneater for PS5 and are available through February 1.

February is finally here, and while that means a new batch of PS Plus freebies for February will be available to claim on Tuesday, it also means less than a full day is left to snag January's free PS Plus games. This month's lineup includes Shadow of the Tomb Raider and Greedfall on PS4 as well as the PS5 version of shark simulator Maneater.

Shadow of the Tomb Raider is the most recent installment in the rebooted Tomb Raider series, bringing Lara Croft's ongoing adventure to the jungles of South America to save the world from a Mayan apocalypse. In GameSpot's Shadow of the Tomb Raider review, critic Edmond Tran praised the thrill of exploration and the challenge of solving ancient tomb puzzles but warned that the game's traditional mechanics can make the journey a frustrating one.

Greedfall is a 2019 RPG that tasks players with exploring a mysterious island called Teer Fradee, which is filled with magical secrets to explore and monsters to hunt. The game caters to traditional RPG fans with character builds comprising of different abilities, spells, and skills, and objectives that can be completed in a myriad of different ways. In GameSpot's Greedfall review, critic Khee Hoon Chan compared its compelling exploration and combat mechanics favorably to Witcher 3 but criticized its reliance on colonialist themes.

Maneater is this month's PS5-exclusive game--while it's also available on PS4, only players on the PS5 will be able to redeem it for free. Maneater is described as a ShaRkPG, an RPG where you take the role of a man-eating shark. Starting as a small pup, the player is tasked first to survive, and then to thrive as one of the ocean's top predators. Just like RPGs with human characters, you'll be able to tailor your shark's skills to your play-style as it grows in size and strength.

As with previous PlayStation Plus freebies, all of January's games are PS4 titles that are also playable on the PS5. The recently launched next-gen console can play most PS4 games, with enhancements that vary between games including reduced load times, more stable frame rates, and increased resolutions. Only a small handful of PS4 games aren't supported on PS5, and the list has already begun to shrink.

Greedfall's developer has announced that the game will get an update and additional content for the PS5 and Xbox Series X/S, though it's unclear as yet whether this will be a free update for all next-gen players. 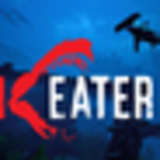