The Epic Games Store is giving away three games until March 19, making it one of the best weeks for freebies this year.

The Epic Games Store hasn't slowed down in its offering of one or two free games each week, a practice that began in late 2018 and has continued into 2020. This year, Epic has upped that number on select weeks, giving away three free games for its users, and this week brings another trio of freebies that are live now. To claim Epic's weekly free games, you just need a free Epic account, and they'll be yours to keep afterward. Epic also revealed next week's free games, Watch Dogs and The Stanley Parable.

Until Thursday, March 19, Epic users can claim Anodyne 2: Return to Dust, A Short Hike, and Mutazione. Anodyne 2 is a puzzle-exploration game set in a 3D dream-like world. You'll also encounter surreal 2D dungeons that you enter by shrinking inside characters' bodies, with the aim of saving the world from a dangerous Nano Dust.

A Short Hike is a short, wholesome game about climbing up a mountain while meeting other hikers, discovering hidden treasure, and enjoying the nature around you along the way. It's a calming game with a lovely soundtrack, and at its core is the central theme that kindness is rewarded. We wrote about both Anodyne 2 and A Short Hike as two of 2019's best indie games--check out our impressions for more details.

Don't skimp out on Mutazione either, however. The supernatural adventure game is described as a mutant soap opera where juicy drama is as important to the story as the high-stakes mission at its core: saving the town of Mutazione from a strange darkness. Released in September 2019, Mutazione is another chill indie game you shouldn't miss, one critic David Wildgoose described as, "Stardew Valley ponders the nature of existence."

See all free games on Epic 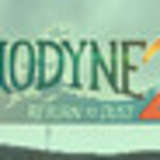