The Capcom classic is free on Switch if you claim it by tomorrow, February 25.

Nintendo Switch owners can snag a free copy of Ghosts 'n Goblins if they claim it by February 25. It comes as part of Capcom Arcade Stadium, which is a digital arcade that you can fill with a bunch of classic Capcom games. The arcade collection comes with 1943: The Battle of Midway, and there are additional game packs you can purchase it. You can claim Ghosts 'n Goblins below--just sign into your Nintendo account, then "purchase" it.

Get Ghosts 'n Goblins for free

Ghosts 'n Goblins is one of Capcom's most beloved retro games, and while it did release on the NES and multiple home computers, Capcom Arcade Stadium focuses on the company's arcade titles. That means you'll get the arcade version of Ghosts 'n Goblins, which is considered by most to be the superior version.

This giveaway ends on February 25, which also happens to be the day that Ghosts 'n Goblins Resurrection releases on Nintendo Switch. It's an all-new game in the series that uses the same engine as the recent Resident Evil remakes. Despite that, it retains the series' classic 2D gameplay, paying tribute to its past and creating new surprises at the same time. 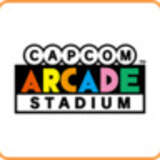