Krome CEO weighs in on layoffs

Late last month saw another round of layoffs at Australia's largest development studio-- Krome. Reports indicated that staff was put "on [four weeks] notice pending the outcome of a number of upcoming projects," with the brunt of those being felt at the company's Adelaide office, which was rumoured to be shutting up shop as a result. While initial reports painted a fairly grim picture for the studio, Krome CEO and cofounder Robert Walsh has a different take on the situation and suggests that things aren't as bad as they seem.

According to Walsh in an interview with the UK-based Develop magazine, last month's round of notices aren't as detrimental to the company's operations as first thought. Walsh told the publication that: "To put things into perspective, we have around 250 staff and Adelaide has like 18 employees--that’s why I think the reports were pretty out of control. It’s a pretty small number."

Despite this upbeat remark, Walsh noted that employees affected by last month's story were still on notice. "There’s still potential for other work coming in, but things are taking a little longer," he said. At this stage, it's uncertain if the Adelaide studio will receive the lifeline it needs to survive.

When it comes to how last month's story appeared in the media, Walsh said that he has no idea how the story grew to such large proportions. "What’s real and those stories in the press are two different things. Some of the staff were on four weeks' notice, but the studio’s fine." GameSpot AU tried to get in contact with Krome to confirm what the future held for the Adelaide studio, but no response had been received at time of publication.

Walsh blames one of the reasons for the possible redundancies on the fact that during a game's development, production peaks and then drops, leaving some members of staff with little or no work to do. "We go though peaks and troughs, and we came to a point when we had to look at keeping a lot of people on with no work to do, so we realigned resources," said Walsh.

Krome is no stranger to making redundancies, as it laid off staff last November across its three studios in Brisbane, Adelaide, and Melbourne and again in April this year. Krome is one of Australia's most reputable developers, having worked on such high-profile franchises as Star Wars: The Force Unleashed for LucasArts, Microsoft's Viva Pinata: Party Animals, and Ty the Tasmanian tiger series for EA. 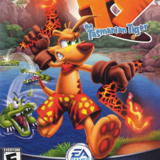