Konami Just Had Its Most Profitable Year Ever, Thanks Mostly To Yu-Gi-Oh

According to Konami's latest financial report for the year ending on March 31, the company recorded its most profitable year ever. The company saw a 10% increase in revenue for the financial year, more than doubling its operating profit to $580.1 million year-on-year. Business profit rose by 25.2% to $626 million and revenue was reported to be $2.3 billion, a 9.9% increase year-on-year.

The main driver for these record numbers was Konami's digital entertainment sector, specifically Yu-Gi-Oh! Master Duel. Based on the long-running anime and manga property centered around card games--sometimes on motorcycles--the free-to-play Yu-Gi-Oh! Master Duel was downloaded over 30 million times on PC, mobile, and consoles.

Combined with the rest of the digital entertainment sector, Konami generated $1.7 billion and profits of $595.9 million. Professional Baseball Spirits and eBaseball Powerful Pro Yakyu 2022 were also big hits for Konami in Japan, while its Amusements segment generated $152 million. In the Gaming & Systems side of Konami's business, revenue was up by 54% in a field that covers casino, pachinko, and arcade machines. Sports was also a big driver of profit, growing by 15.2% to make the company $327.6 million.

Konami didn't have any numbers to share for eFootball PES 2021 though, as the free-to-play PES replacement had a rough launch last year. Back in November Konami canceled the eFootball 2022 Premium Player Pack and offered refunds to people who already bought it, while also stating that it had been "working diligently" on new patches to bring the game quality back up to standard.

Other Japanese companies have reported solid financial years as well over the last few days. Capcom is predicting that the 2022-23 financial year will be its biggest yet, Sony has sold more than 19 million PS5 units so far, and Nintendo announced that lifetime Switch sales have now reached 107.65 million units as of March 31.

The 25 Best Mobile Games Available For iOS And Android 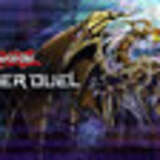