Konami says it is "working closely" with Microsoft to fix problems with Xbox 360 version online.

Konami has apologised to Xbox 360 owners of Pro Evolution Soccer 2014 who are unable to play the game online, and says that it's working on fixing the problem.

Xbox 360 owners are required to download two patches before being able to play the game online, in the form of Patch 1.01 alongside Data Pack 1.00, though many users are reporting that it is not possible to properly download the latter with the former installed.

"We would like to apologise to any users who have been unable to enjoy PES2014 online and would like to reassure fans we'll be fixing the issue as quickly as possible" said Konami digital entertainment president Shinji Hirano in a statement.

Microsoft is "working closely" with Konami to address the issue, the publisher adds.

"In the meantime, we're setting up a special section on the PES 2014 site to keep users up to date on issues, feedback and general help with the product," said the publisher. "Our customer support team is also providing as much personal support as possible."

Konami is also working on another patch that adds new features to the game, including an 11-versus-11 mode. The patch will "address a range of feedback" from all versions of the game.

"PES 2014 moves ever closer towards simulation, and in doing so forgets exactly what makes the series so different and so much fun in the first place," said GameSpot in its 6.0 review of PES 2014. 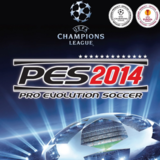