Konami of Europe confirms that the fourth game in its popular soccer series will be released for the PC, PlayStation 2, and Xbox later this year. First screens inside.

Following Konami of Europe's announcement earlier this year that its next soccer game would be appearing on the Xbox, the company has today confirmed that the predictably named Pro Evolution Soccer 4 will also be released for the PC and PlayStation 2 in Europe toward the end of this year. Developed by Shingo "Seabass" Takatsuka and his team at Konami Computer Entertainment Tokyo, Pro Evolution Soccer 4 promises to further refine the sublime soccer experience already offered by the series through the introduction of improved controls and a number of all-new features.

Almost every aspect of the series' tried-and-tested control system will be refined. There will be additional on-the-ball moves and tricks, as well as improved dribbling, passing, and crossing techniques. The game's free-kick and penalty systems are also being completely revamped, although no specific information is available at this time. Other promised improvements include more-realistic player likenesses, uniforms that get dirty as matches progress, the introduction of onscreen referees and match officials, and additional team formations.

The series' popular master league career mode will also be much improved and will, for the first time, feature career-ending injuries that will force players to reorganize their team. An all-new "My Best Eleven" feature will also complement the master league mode, allowing players to save the greatest teams they manage to assemble and, presumably, pit them against those of their friends.

No more information on Pro Evolution Soccer 4 has been released at this time, but judging by the screenshots released today, the game will feature accurate player names for the most part, although the uniforms will be generic. We'll bring you more on all three versions of the game as soon as it becomes available. 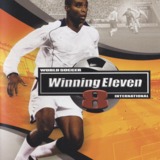