Kojima on 25 Years of Metal Gear, the Future of the Cobra Unit, and More

Hideo Kojima sat down with a group of journalists in a tiny room at E3 to discuss the past 25 years of the Metal Gear series.

Hideo Kojima is seemingly stuck in a never-ending whirlwind of travel, events, and signings, on top of his duties as a producer at Konami. Despite his rigorous schedule, a handful of journalists were given the opportunity to discuss the 25th anniversary of Metal Gear, and per instructions, nothing more. Yet, he still manages to delve into the past, present, and potential future of the series that has influenced an entire generation of fans and developers.

Up till now, it's always been that with new Metal Gear entries. Whenever I've tried to hand it off to younger developers, perhaps they weren't able to handle the pressure, which is why I've always kept Metal Gear to myself up to this point. I thought that with Raiden as the main character, if it would be a spin-off, maybe there would be less pressure on the team and they could handle it. So, I handed it over to them, and they came up with the idea, actually, of the free cutting system and having it in an action game, and that's why I left it to them, and that's how the game got started.

How did you manage the translation of the HD remaster from the 4:3 format to the 16:9 widescreen format, in terms of internal changes? 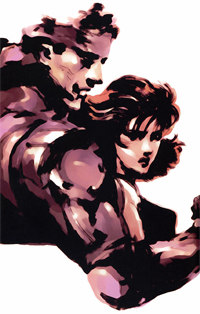 It was actually a difficult process because once you make the screen wider, you end up seeing things that you shouldn't be able to see, which was actually a big problem in Metal Gear Solid 2, so we had to go through, scene by scene, and adjust things. One other thing we thought about doing, was putting a 3D camera in Metal Gear Solid 2, and bring it up to date that way, but unfortunately, since the game was originally designed with a top-down camera, once we brought it down to the player's level where you could look around and move, then it created a lot of problems in terms of seeing things that you weren't supposed to see, which is why we ended up sticking to the top-down camera. For each scene, to bring it up to HD standards in general, on in-game computers where you see lots of details within textures for example, at the time, we didn't really care what it said because you couldn't read it anyway, but now that we have such high resolutions, we had to go back and say, "OK, what was this thing supposed to say?" in terms of text, and we had to fix that.

Staying on Metal Gear Solid 2, you know, a lot of work went into keeping the big reveal over playing as Raiden from fans, and not everybody took kindly to that switch once it happened. Were you surprised at the reactions, and do you have any regrets about that, and do you love Raiden?

So, first of all, I want to make it clear that in the original Metal Gear Solid, Snake was this really awesome, legendary character. So to explain why I went with Raiden in part two, it made more sense that way. If you have this legendary character that comes into the sequel, and you explain that all of a sudden he dies, from a story perspective, it doesn't really make sense, and it feels out of place, so that's why we felt the need to introduce a new character to the story. Another level of that is we wanted new players to come in on Metal Gear Solid 2, so if we have new players coming in with this already established character, it just didn't feel like a good fit, so that's why we decided it would make more sense if you have new players coming in, to start them off with this new character, have them learn Raiden. As far as regrets, personally, I don't really like Raiden, per se, but Shinkawa-san really does like Raiden's character design.

For me, personally, the 25th anniversary has reinvigorated my interest in the Metal Gear series. Since you've taken on the role of producer, has the anniversary given you the motivation to get involved with the hands-on development of the future of Metal Gear?

I can't announce anything, but you know, I am making my own game right now, so I'm focusing on that. And, you know, I'm really busy with that project, so that's why I can't provide any new info. 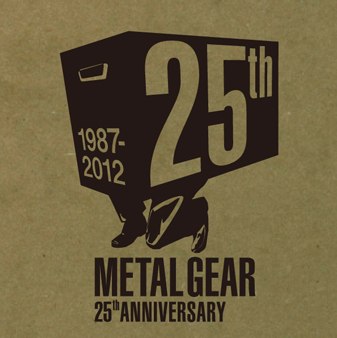 It's a hard question to answer, because I'm influenced by everything, you know, current events, things that are going on in the world, things that I've experienced with my family. All these things change, so everything is totally different. One thing that I do kind of regret is that I'm always so busy now so I don't have as much time for games as I used to. That's one thing I really want to try to do again, you know--play more games.

When you started with Metal Gear, when you built that game, did you think it was going to spawn this franchise and a spin-off, or did you just do it as one game?

So, you know, I absolutely had no idea that it would take off the way it did, and I approached every game thinking it was the last one in the series. This is especially true with Metal Gear Solid 1, you know. When I approached the game and started making the game, I didn't give any thought to any kind of business after that, so you know, I just made the game I wanted to make. So what came after Metal Gear Solid 1? I got more involved with the production side of it, so from that point on, things began to change a little bit, and maybe you noticed a difference.

In your 25 years as a developer, you've developed a very passionate fan base. What does that mean to you personally in terms of pressure, but also, pride?

I wouldn't describe it as pressure, you know. Obviously I want fans of the series to appreciate each new chapter, but at the same time I kind of want to betray their expectations as well, so I'm always walking that fine line of keeping fans happy while shaking things up a bit, but I wouldn't describe it as pressure. It's something a little different.

There are always rumors about Metal Gear 5, and though I'm not going to ask about that, my question is, have you ever considered making a story that just focuses on the Cobra Unit from Metal Gear Solid 3: Snake Eater?

So, I think I did explain this before in a past interview, but after Metal Gear Solid 4, I did have a plan to make a game that focused on the Cobra Unit. It would focus on the young cobra unit as they stormed the beach of Normandy and that whole story, but, you know, I couldn't take that story and give it to the team because there's a little too much pressure, and the younger guys didn't feel like they could do it properly. That's why it became Rising instead. Personally, I really do like that [Cobra Unit] storyline. So, because the staff said, "No we can't handle that," it became a spin-off.

We have the HD collection on consoles, and the HD collection will soon be out on the Vita. My question is, do you have any plans for distribution of older, harder-to-find games, such as Metal Gear Solid: Ghost Babel for the GameBoy Color?

At the current point in time, no. We feel that we've covered the core franchise with revisiting the games in the HD collection as well as with Snake Eater on the 3DS.

So, why was the decision made to not include Twin Snakes in the HD collection?

So you know, the thing with Twin Snakes, well, in regards to the original game, the graphics are very low quality, it would have been very hard to make an HD remaster of that game [Metal Gear Solid]. It would have been a total remake at that point. As far as why we didn't include Twin Snakes, that's a complicated situation. You know, it's a game, based on a game that I made, but it's not my game. It was by Silicon Knights. It's someone else's vision of my game. I felt that if I were to remake that, it wouldn't be my vision, and ultimately wouldn't be fair to the creators of Twin Snakes.

It's not one or the other. I like both, and my approach, I was reacting to how fans responded. People loved the first MGS, and it had a fairly complicated story, but then I felt motivated to make something even deeper and complicated in MGS2, but then people said that maybe that's a little too complicated, so then I kind of pulled back and made it more straightforward, focusing on narrative in Snake Eater. But you know, either way, it's all different angles and perspectives on the story I want to tell. I don't want to focus on one or the other. I just want to tell the story that I want to tell. 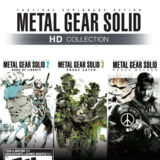