Kirby on the Game Boy Advance

The first screens and footage of Kirby for the Game Boy Advance were available at E3.

At this year's E3, Nintendo announced that Kirby will be showing up in living rooms, thanks to the upcoming Fox Kids Saturday morning cartoon. Nintendo also showed the first screenshots and video footage of the upcoming Kirby Game Boy Advance game, which features Kirby in 2D, side-scrolling action. Kirby showed off his versatility in the movie footage, including more than a dozen different forms and moves, which he obtains by inhaling his foes. The moves include a martial arts headband and slam technique, a green Link hat with sword swipe, and a flaming Kirby with fire breath.

Kirby's action game for the Game Boy Advance is scheduled for a fall release, and a GameCube version is currently in development. For now, check out the screens and video footage of Kirby in action. 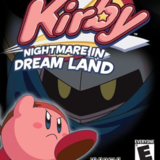