The Japanese release date for From Software's PlayStation 2 game has been pushed back.

From Software has delayed the release of Kings Field IV for the PlayStation 2 from March to a tentative summer 2001 release date in Japan. The company feels that the delay will allow its developers to further improve the quality of the role-playing game. There are several games in the Kings Field series, including spin-offs such as Shadow Tower and Eternal Ring.

Kings Field IV for the PlayStation 2 has not been confirmed for the North American market at this time. 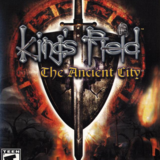