The three titles will all be playable via the Cloud and will require an internet connection. Each game can be bought individually or as a complete package titled Kingdom Hearts Integrum Masterpiece.

Kingdom Hearts HD 1.5+2.5, 2.8, III + Re Mind (DLC) as well as the all-in-one Integrum Masterpiece all launch on Nintendo Switch via cloud on February 10th!
Starting today you'll be able to try out free playable demos of 1.5+2.5, 2.8 and III, we hope you have fun playing! pic.twitter.com/LjrLCYsaPN

Grab Kingdom Hearts III + Re Mind (DLC) either standalone or as part of the all-in-one Kingdom Hearts Intergrum Masterpiece on Nintendo Switch to receive the new Advent Red Keyblade to wield in the game! pic.twitter.com/zxzguGbMTZ

Square Enix will be hosting a Kingdom Hearts 20th anniversary event in Tokyo on April 10. The stream will include a concert, a Q&A session with members of the Kingdom Hearts development team, and more, with Square Enix saying a video version of the event will be made available at a later date. 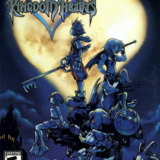