The infamous final boss of several King of Fighters games, Omega Rugal, is ready to throw down once again.

During a Fighting Game Publisher Roundtable presentation, SNK announced that it would be adding Omega Rugal to The King of Fighters XV roster.

Arriving on April 14 as free downloadable content, Rugal is notorious amongst fighting game fans for his ability to end careers with a well-placed Genocide Cutter attack. In the game's lore, Rugal formed the King of Fighters tournament and served as a final boss for several of the games in the series.

Responsible for eating up more quarters than a fully-functioning wishing well, Rugal was a brutal opponent in several King of Fighters games and also appeared in the Capcom vs. SNK series as an even more aggravating adversary. Get ready to hear him shriek "Genocide Cutter " a lot.

In addition to Omega Rugal joining the game, a new game mode called Boss Challenge will be made available on the same day. This mode challenges you to face Rugal at the peak of his power and will reward you with new music, a new costume for Rugal, and a new stage if you can beat the overpowered aristocrat.

If you'd like to see what high-level King of Fighters gameplay looks like, then you can tune into this year's Evo tournament to see it share the stage with Street Fighter V, Mortal Kombat 11, and Tekken 7.

Netmarble has also announced pre-registration for the King Of Fighters Allstar's Street Fighter V collaboration, which kicks off on March 24, and will include multiple unique missions, dungeons, and rewards, as well as a special story arc exploring the in-game reasons for the two worlds colliding. 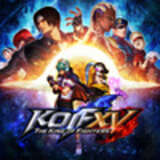 The King of Fighters XV
Follow
$59.99 on Gamestop
Buy