Killzone announced for US market

Not many details on Guerrilla's upcoming first-person shooter, Killzone, have surfaced recently, but today at a press event for some of Sony's 2004 releases, some new information surfaced, not the least of which was that the game is currently set to be released in North American in Q4 of this year.

Killzone takes place in the near-future and is set against the backdrop of a planetary war between the planet-colonizing ISA and a separatist military faction known as the Helghast. The game opens on a planetary colony known as Vecta, where you'll start by escorting a high-ranking ISA official on his way to an evacuation point.

The game's design has been inspired by many real-life war scenarios from the 20th century, from the trench warfare of WWI to WWII-style city sieges to the jungle warfare of Vietnam. In the game, you'll be able to choose from four different ISA troops, each of whom will have his own special abilities and weapons. The game will contain 25 different weapons, and these weapons are said to be influenced by modern military hardware.

In addition to the single-player campaign, Killzone will also have team-based and competitive multiplayer, as well as an online component, though there aren't any serious details about the online options yet beyond that it will support up to 12 players and will have voice support via the USB headset. Eleven different war-torn environments will be in the game. The game's AI is said to be highly advanced, allowing enemy troops to work together in squads.

We'll have more information and media on Killzone a little later today. 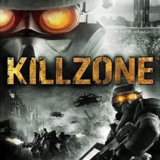