One-level, four-mode multiplayer sample will be available on the PlayStation Network in just over a week, ends February 14; European open beta runs Feb. 3-15.

Those eagerly awaiting the February 22 release date of Killzone 3 got some good news today. Starting on February 2, the open multiplayer beta for the Guerrilla Games-developed shooter will be available to all North American PlayStation 3 owners via the PlayStation Network until February 14. European gamers will get access starting February 3, with the beta ending on February 15.

The beta will feature one large, asymmetrical level called "Frozen Dam," which, as the title suggests, is centered around a huge old dam in a winter setting. It will also feature four modes: Guerrilla Warfare (16 players), which is essentially team deathmatch; Warzone (24 players), a round-based campaign featuring five randomly assigned mini-missions; Operations (16 players), which features linear mini-missions; and Botzone (one player and up to 15 bots), which lets players familiarize themselves with the Frozen Dam level. The first three modes are also playable offline with bots.

Boasting 3D and PlayStation Move support, Killzone 3 is a sequel to 2009's critically lauded Killzone 2. In the previous title, the Interplanetary Strategic Alliance took the fight to the Helghan homeworld, where it achieved a measure of success against the Nazi-esque civilization that invaded the human colony of Vekta in the 2004 original. Now gamers will get the chance to pick back up with Sev, Rico, and the rest of their surviving squad, outgunned and outmanned by the Helghast as usual.

Killzone 3 will be available in two versions, a standard $60 release and a $130 limited-edition package with a replica mask and helmet of the series' signature Helghast armies. While the headgear is the centerpiece of the extra goodies, the collector's edition will also include a 6.5-inch articulated Cloaking Helghast Marksman action figure, an art book, and a voucher to download multiplayer maps, the game's soundtrack, and more.

For more on Killzone 3, check out GameSpot's previous coverage. 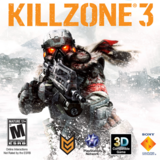