Killing Floor 2's Spring Update is here, and it introduces a new community map, two challenging weekly modes, and two new guns to the zombie arena game. The main new attraction is the futuristic event Dystopian Devastation, which is live until April 20. The full patch notes are detailed below.

The two new weekly modes, Blood Thirst and Coliseum, are the two major parts of Dystopian Devastation, and they sound quite challenging even for veteran players. Blood Thirst introduces a debuff that slowly drains the health of all players unless there are less than five zombies alive, and your usual health syringes don't work. Instead, players have to gain vitality by killing enemies or making assists. The other mode Coliseum sounds particularly raucous, since it only allows you to play as Berserkers with melee weapons, and more zombies spawn than before.

The two new weapons are also of interest to Killing Floor 2 players. The first is a sonic weapon called the HRG Beluga Beat that pushes back zombies with the power of sound. There's also the Gravity Imploder, which is a grenade launcher that can fire singularities that bunch enemies up in a manner similar to Zarya's ultimate from Overwatch. The Gravity Imploder is a paid DLC weapon, however.

Reminder since this usually comes up during update releases, the database update for ticket drops and setting up steam items for sale will occur at approximately 1pm EDT after all the patches go out in order to verify that the patches are deployed across platform.

As mentioned in the 2020 Killing Floor 2 ‘State of the Game’ our goal is to bring to the community a continued stream of QOL changes for each update throughout the year. Please continue to report any QOL changes you believe should be added to the game by submitting your feedback in the ‘general’ section on our official forums at: https://forums.tripwireinteractive.com/forum/killing-floor-2

Also mentioned in the 2020 Killing Floor 2 ‘State of the Game’ our goal is to bring to the community a continued stream of community-reported bug fixes for each update throughout the year. Please continue to report any bugs you discover by visiting our official forums at: https://forums.tripwireinteractive.com/forum/killing-floor-2 and posting in the ‘PC’ or ‘Console’ sections. 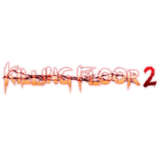