The game now has more than 5 million registered players. This makes it "the largest virtual hunting community in the world," according to the developer. Expansive Worlds notes that 80 percent of all players joined in the past 22 months, suggesting interest in the game is increasing.

The Hunter is arguably the most well-known hunting game for PC, while there are pages and pages of hunting titles available for mobile devices. Another top hunting video game brand is Activision's Cabela's Hunting franchise.

Expansive Worlds also released more stats about The Hunter to mark the milestone.

To date, The Hunter players have:

In addition, Expansive Worlds on Friday released The Hunter's next expansion. The add-on, called "Bushranger's Run," is a new hunting reserve set in the Australian outback.

Among other creatures, players can hunt kangaroos in the new expansion. Kangaroos are, according to Expansive Worlds, the fastest, most agile animal in The Hunter, making them tough to take down. Check out the image gallery below for a closer look at the add-on.

In addition to The Hunter's Bushranger's Run expansion, Expansive Worlds is working on The Hunter: Primal, a dinosaur-themed spinoff. Development on that game will not affect production on the regular version of The Hunter, the studio previously promised.

The Hunter franchise has been in development since 2009. 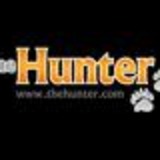