The Prologue is directed by Colin Trevorrow and won't feature in the upcoming movie.

The prologue to Jurassic Park: Dominion has been released. The latest movie in the blockbuster dinosaur franchise hits theaters on June 10, 2022.

The prologue is five minutes long. It starts 65 million years ago when dinosaurs ruled the earth. We see a variety of land-based and airborne dinosaurs doing their thing, ending in a violent confrontation between two large, toothy beasts.

We then cut to the present day, as a team of dino-hunters--including Owen Grady (Chris Pratt)--in a helicopter attempt to stop a T-Rex that is rampaging through a wood. The creature makes its way into a drive-in theater, causing chaos and panic amongst the unlucky audience members. The prologue is helmed by Dominion director Colin Trevorrow, but won't feature in the movie itself, making this an exciting online-only preview. Check it out below:

Jurassic World: Dominion stars Pratt, Bryce Dallas Howard, Omar Sy, Campbell Scott, and Justice Smith. In addition, Laura Dern, Sam Neill, and Jeff Goldblum--who starred in 1993’s original Jurassic Park--will be reprising their roles. The movie was originally set for release this summer but was delayed for a year because of the pandemic.

In an interview last year, Trevorrow revealed that Dominion won't rely entirely on CGI dinosaurs. "We've actually gone more practical with every Jurassic movie we've made since the first one, and we've made more animatronics in this one than we have in the previous two," he said.

Most Gruesome Deaths In The Jurassic World Series Ranked 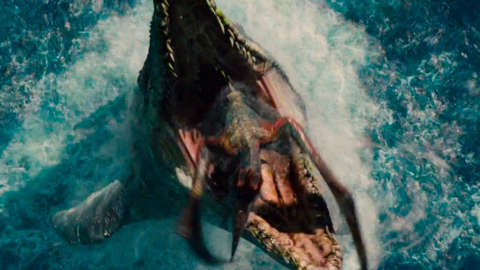 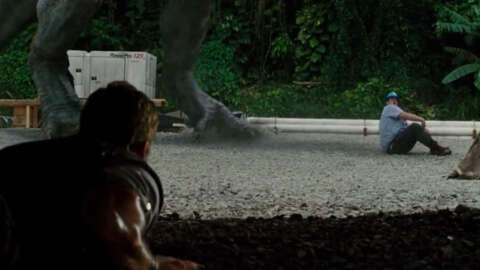 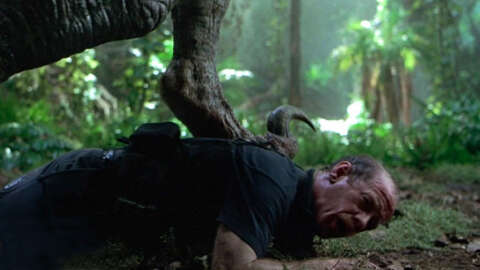 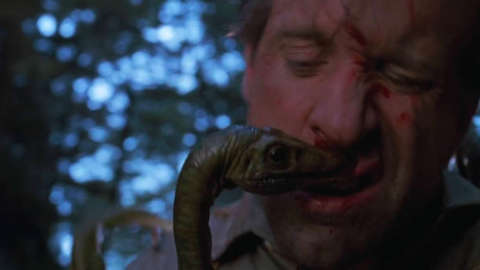