NCAA Football tops the charts as the NPD Group reports last month's US retail tally was 20 percent lower than the previous July's, which was already the industry's lowest total since 2006.

The gaming industry's summer swoon was deeper than usual this year, as the NPD Group today reported that total US retail game sales for July only amounted to $548.4 million, a 20 percent slide from July 2011. Making the decline worse is the fact that July 2011 was already the single worst month for the industry since October of 2006.

Electronic Arts' annualized amateur pigskin sim NCAA Football 13 was the best seller for the month, and was the only new release to make the top 10. Super hero games performed well, with Lego Batman 2 the runner-up and the movie tie-in The Amazing Spider-Man finishing the month in third place. With one exception, the remaining games on the top 10 were all released in 2011. That exception was Call of Duty: Black Ops, Activision's 2010 entry in the first-person shooter series.

Game hardware sales were particularly soft side, down 32 percent to $150.7 million. While there wasn't much to crow about, Microsoft did announce that the Xbox 360 was the best-selling current-generation console for the 19th straight month, selling 203,000 units for July.

Accessories were the lone area of improvement for the industry, up 8 percent to $136.9 million. According to NPD analyst Anita Frazier, that number was bolstered by points and subscription cards, as well as Skylanders action figure packs. The NPD Group believes more than 25 million Skylanders figures have been purchased by customers since the game launched last October.

Frazier also cautioned anyone against expecting a miracle recovery for the industry in the back half of the year. "Based on year to date sales, and taking into account the release slate for the back five months of the year as well as the anticipated launch of the Wii U, annual sales for the new physical channel should come in around $14.5 billion for the year," Frazier said. That would represent a drop of nearly 15 percent from the NPD Group's 2011 US retail sales total of $17.02 billion. 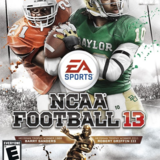