Try not to piss off Jotaro.

Bandai Namco has released a new trailer for JoJo's Bizarre Adventure: All-Star Battle R. The trailer opens up with the original Japanese voice actors for Koichi Hirose and Rohan Kishibe while they go in-depth about what players can expect from the game's release.

Before loading into a fight, players will be able to select another character they can call in for an assist to aid them during a match. Each character will have their own type of assist, such as:

In addition to calling in an assist, players will also have the opportunity to JoJo-pose in-game. Whenever a player guards an attack at the right moment, they'll do a pose, and after their pose is complete, they'll have an opportunity to attack their opponent.

Jojo's All-Star Battle R will also have a system that players can enable before a match begins called "Easy Beat." With Easy Beat, players won't have to press a series of buttons to perform specific combos when enabled. Instead, they'll need to press one button repeatedly until the combo is complete. Some maps will even have particular animations that'll happen once a match is finished.

The following game modes will be included in Jojo's All-Star Battle R:

There'll even be unique interactions when specific characters are pitted against one another. Players will have the opportunity to unlock different costumes for characters and background music. 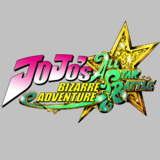