With the convergence of the film and game industries gathering speed, it is unsurprising that Wired would run a feature on the trend. An article in the April 2005 issue of the technology monthly, titled "Straight to Videogame," lists the game projects of several notable film directors, including Bryan Singer, John Singleton, and George Romero.

However, while the X-Men, Boyz n the Hood, and Dawn of the Dead helmers' projects were already widely known, the Wired article contained some new information. Foremost among these was the first details on ShadowClan, a new title from Tiger Hill Games, the dev shop founded by Hong Kong action auteur John Woo.

The game, which Wired described as a "modern-day ninja tale" that will see "rival gangs battle for control of New York City," is listed as a fall 2006 release. While no specific console was mentioned, presumably ShadowClan will be a next-generation release, since it is almost certain some or all of the next wave of consoles will be on the market at that time.

ShadowClan also appears to be an all-new property. According to the Wired article, Tiger Hill currently has "five" games in the works. Only two games are listed as "in development" on the official Tiger Hill Web site. The plot of the first, Sinner, is described thusly: "An assassin, murdered on his final job, is sent to Hell, where he figures out that if he can escape the eighteen levels of what he has determined is Buddhist Hell, he can have a chance to avenge his death on Earth and return to the woman he loves." The second, Burglar, begins as "A world class thief is ironically killed in his own home by a proposed common burglar. His estranged son, with no such experience and left with only common thievery tools, takes up the burglar mantle to avenge his father's death."

There is no publisher listed on the Tiger Hill site for Burglar or Sinner, nor was one connected to ShadowClan in the Wired article. However, Tiger Hill Entertainment was founded in 2003 in conjunction with Sega, and the two companies have "a multi-year partnership to co-create and publish video games based on original and existing John Woo and Sega properties." Given that Tiger Hill hasn't produced any games yet, it seems likely that Sega would be the publisher of one if not all three of the studios' titles. However, nothing is official--yet. "Sega will not confirm that," was all a rep for the publisher would say on the topic.

Besides the ShadowClan synopsis, the Wired article also had new information on the title Die Hard director John McTiernan is developing for Ubisoft. First revealed by the Hollywood Reporter in February, the game is further described in Wired as "a heist caper game mixing action and stealth, set in contemporary Moscow." "The hero is not the protagonist in action movies, he's the antagonist," said McTiernan. "The villain wants to change the world, and the hero just tries to stop him. And that's exactly how videogames are--they move forward based on your reactions to the villain's actions." McTiernan's game is due sometime next year, meaning it will also likely be available for at least one next-generation console.

GameSpot will have more on the aforementioned game-film crossovers as further information is made available. 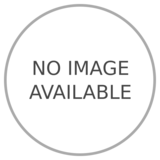