It turns out you won't need a history book to play Level 5's new PSP strategy RPG after all. We checked out an early English build of this uniquely inspired game.

Jeanne D'Arc is a new handheld, turn-based strategy game based on the story of Joan of Arc, the canonized warrior who, through an imperative from God himself, galvanized French armies and repelled English invaders during the Hundred Years' War in the early 1400s. But this is a game developed by the Japanese RPG wunderkinds at Level 5 (of Dark Cloud and Dragon Quest fame), so don't think Jeanne D'Arc's loose historical roots will preclude battles full of anthropomorphized animal soldiers, spiky-haired heroes, and bombastic magical attacks. In fact, let's make those historical roots very loose.

What is accurate is Jeanne's fight to rally her countrymen and fight off the British armies that are marching into France and occupying her homeland. This fight will play out over a series of turn-based, grid-oriented battles that should be familiar to anyone who has experience with games like Final Fantasy Tactics, Ogre Battle, and Disgaea. You'll amass a posse of 14 total characters (including Jeanne) during your journeys, and missions will let you take up to nine of those (though sometimes fewer) into battle. Each character has a weapon type--such as a sword, spear, bow and arrow, staff, or whip--that dictates his or her striking range and damage capacity. A sword-wielding character can attack only adjacent squares, while a spear user can strike two squares in a line, hitting enemies on both squares. The swordsman will typically do more damage than the spear user, though. This is all familiar territory for strategy RPG fans.

However, publisher Sony says that Level 5 wanted to make a strategy RPG that would also appeal to those who have never tried the genre before, so it's designed Jeanne D'Arc with relatively simple strategy concepts. One is the "unified guard" system, which essentially gives adjacent characters on the grid a defensive bonus. Naturally, the downside of this tactic is that enemies with area-of-effect attacks will be able to hit more of your characters with one attack if you have them all bunched up.

The burning aura system is the other new gameplay feature that will purportedly help ease strategy neophytes into the action. This one essentially gives an attack bonus to a character standing behind an enemy that's just been struck by another of your characters (represented by a visible ring of fire around that character's feet). This will be useful for double-teaming a tougher enemy that one character can't take down on his or her own. Use the first character to soften the foe up, then let the second character deliver the killing blow with the burning aura. The aura will also last till the end of your side's turn, so you can move the enhanced character around a bit and still deliver the extra damage.

That doesn't mean strategy diehards will get short shrift, though. The game will offer a high level of customization through the use of skill stones, which you can pick up from dead enemies, steal from live ones, uncover in hidden places on some maps, and obtain as rewards for finishing missions. Each skill stone will have some kind of special ability or battle effect on it. Abilities will include offensive magical spells as well as some physical attacks that can be wielded only by users of a particular weapon type. Other stones will have passive effects, such as health increases or damage buffs. Characters will gain skill stone slots as they level, up to a maximum of six, and you'll be able to mix and match stones freely between characters to increase their melee and ranged attack powers, control their defensive capabilities, and so on--in short, to customize them to fill the roles you want.

Finally, some of your characters will be able to don attack-enhancing magic armor through a transformation system that you can activate after they've gained enough points over the course of a battle. In addition to general attack bonuses while in this armored state, a transformed character will also have access to a unique, extremely powerful special ability. Perhaps most importantly, transformed fighters get an extra turn after downing an enemy, so it's possible to do quite a bit of damage to the enemy's forces while using this feature. In fact, two transformed characters could potentially leapfrog each other, trading off attacking an enemy to get a chain of extra turns and decimate a group of enemies without ever giving them a turn.

The game is presented in an isometric fashion and graphically looks similar to most other strategy RPGs, but where most of those games use sprites for their characters, Jeanne D'Arc is fully 3D. And as you'd expect, the characters and overall style have gotten the full stylized anime treatment. Sony has also been working with a French language consultant on the voice-over, so as not to go too thick on the French accents but still retain a reasonable level of believability with the pronunciations of names and such. These will play out during the game's frequent full-motion animated cutscenes (of which there are nearly 20), so hopefully the presentation will be suitably dramatic to match the goings-on of the storyline.

Jeanne D'Arc looks as though it ought to satisfy diehard fans looking for a solid portable strategy-RPG fix. And since some of the game's major competitors, including Disgaea and Final Fantasy Tactics, are merely ports of existing games (and in some cases, years-old ones), it's good to see at least one fully original entry in the genre on the way to PlayStation Portables later this year. 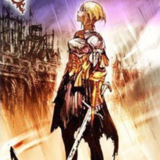