EA Sports has announced a new "FIFA Face-Off" tournament series featuring celebrities, FIFA pro players and influencers, and members of the community. But the big and exciting news here is that Jason Sudeikis will compete in the tournament as Ted Lasso, his character from the AppleTV+ show.

Sudeikis will compete alongside his Ted Lasso co-star Brendan Hunt, with other big-name celebrities like Trevor Noah, Becky G, and Nicky Jam also competing in the tournament that's hosted by FIFA influencer Castro 1021.

"Having previously no experience coaching soccer, or football if you will, I think Ted Lasso is the perfect candidate for dominating in an EA Sports FIFA esports competition," Sudeikis said in a statement. "That said, Ted's passion for competing and having Coach Beard at his side in support may just be enough for him to achieve esports glory in the world's most popular sports video game. Never underestimate Coach Ted Lasso."

The two-part series will see FIFA pros and celebrities team up to compete in FIFA Ultimate Team to win a share of a $25,000 prize pool. EA selected community members from a video submission contest that saw "tens of thousands" of submissions, EA said. In addition to competing in FIFA 21 matches, the series will include "fun mini-games" and opportunities for people watching at home to engage in the tournament in some capacity.

The event airs on March 19 and 26 at 12:30 PM ET through the EA SPORTS FIFA Twitch and EA SPORTS YouTube channels. More details about the Face Off event can be found on FIFA's website. 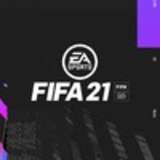