Hey Star Wars fans, it's time to cut Jar Jar Binks a break and give him some love on Disney+.

The year is 1999 and seemingly all anyone cares about is Star Wars. After all, it's been over a decade since the original trilogy ended with Return of the Jedi and now a new trilogy--the prequel trilogy--is set to introduce the series to an entirely new generation of future die-hard fans. The first entry in that trilogy, Episode I: The Phantom Menace is going to be the dawn of a new age for Star Wars.

In 2022, over 20 years later, we all know how that turned out. While the prequels were massive box office successes, the conversation surrounding them was typically pretty negative. For so long, it seemed everyone hated George Lucas's tale of Anakin Skywalker and his journey to the Dark Side to become Darth Vader. What the conversation never accounted for, though, is the piece of the audience the movie was aimed directly at--children. In an age before social media, the conversations kids had about the prequels rarely made it to the forefront of the cultural conversation.

Now Playing: What It's Like To Ride Star Wars: Rise of the Resistance At Galaxy's Edge

Now, though, those kids have grown up loud and proud of their love for The Phantom Menace, Attack of the Clones, and Revenge of the Sith. The tide has turned and for many, the rallying cry of "the prequels were good" is one they can stand behind. In fact, a continuation of those movies--reuniting stars Ewan McGregor (Obi-Wan Kenobi) and Hayden Christensen (Anakin Skywalker/Darth Vader) is about to debut on Disney+ and, according to McGregor, that's largely due to prequel fans.

While that's exciting and the discussion surrounding the sequels is far more positive now than it was in the early-'00s, there's one piece of the puzzle that has yet to get its time in the sun.

Jar Jar Binks is a great Star Wars character and deserves a place in the Obi-Wan TV series in order to redeem the character for all of the insults hurled at it over the years. In accepting that the Star Wars prequels were aimed at a younger audience, it's hard to understand why history doesn't look back with kind eyes on this tall, gangly, clumsy hero that appeared throughout Episode I before having his presence in the films that followed downgraded after some pretty severe backlash from many who saw the film, some even deeming the character a racist stereotype.

There's little reason to dip into that here, given that actor Ahmed Best--who played Jar Jar--has been shutting those theories down as far back at the movie's release in 1999 and as recently as 2019, in which he revealed that the backlash nearly drove him to suicide.

Ultimately, in a movie that many were loudly opposed to--The Phantom Menace--nothing seemed to annoy those people more than Jar Jar Binks. And their criticisms weren't exactly wrong. He was clumsy, had a silly voice, and was oftentimes used as comedic relief. That said, those attributes are what makes him such a natural fit in a Star Wars story.

This franchise is as over-the-top as it gets, with people with magical powers fighting each other with laser swords. Talking robots bicker with each other like an old married couple. One of the main stars of the original trilogy is a giant hairy beast known as a Wookiee that only speaks in roars that, thankfully, everyone in the movies seems to perfectly understand. Star Wars movies are weird. The entire concept is weird and fun and exciting and, yes, funny. Star Wars movies are funny and to many kids who grew up with the prequels, Jar Jar Binks is a pretty funny character--and a unique and cool-looking one. Who doesn't get excited about a cool alien design popping up in the franchise?

That all leads to now, with Obi-Wan Kenobi debuting soon on Disney+. McGregor is back to reprise his role as the titular Jedi Knight and even Christensen, whose character is encased in black armor now as Darth Vader is back. It is giving a level of closure to the actors, who have largely avoided the franchise since Revenge of the Sith hit theaters. However, it also gives closure to those that grew up with the prequels, who loved them and want nothing more than to see what happened next.

Those fans will get to see Obi-Wan and Vader after their final battle in Revenge of the Sith and, wisely, that will likely be the main focus of the series. That all said, establishing what became of Jar Jar Binks after the prequels in a live-action Star Wars project feels like a no-brainer.

The character appeared in a number of episodes of The Clone Wars and has even popped up in canonical books. However, there is plenty of story that could be told in a live-action setting that would be so valuable. Following the events of Revenge of the Sith, when he unknowingly(?) helped the Empire to take control of the Republic, he was cast out by his own people and eventually wound up performing in the streets as a clown--quite the fall from grace. That's never been explored in live-action, though, and would be a welcome bit of story on the Ovi-Wan TV series. With the Gungan down and out, him looking for some kind of compassion from his one-time friend Obi-Wan on Tatooine could be a very special moment.

After all, Darth Maul got to make his live-action comeback in Solo, to further expand on his story development in the animated shows. Why wouldn't you give Jar Jar the same opportunity? He certainly deserves it.

The 20 Most Pivotal Moments in Star Wars Movie History 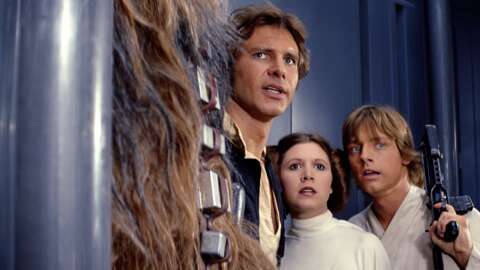 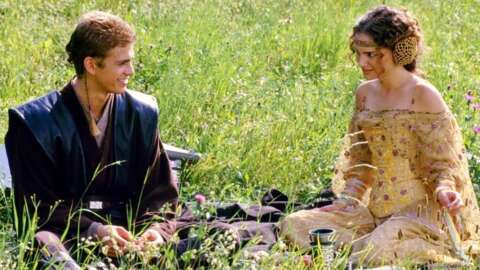 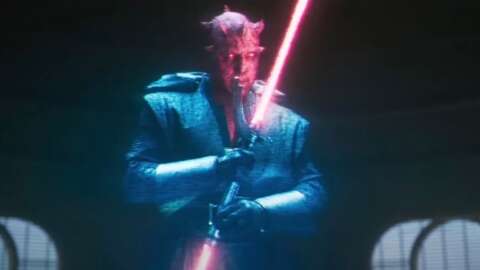 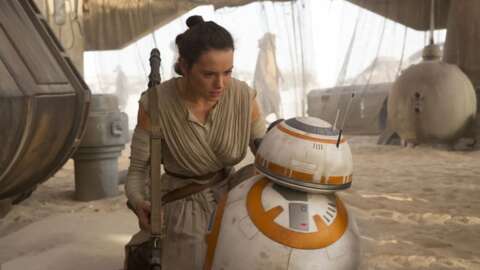 Chris E. Hayner is an entertainment editor at GameSpot. Prior to his work at GameSpot, he contributed to a number of outlets including The Hollywood Report, IGN, Mashable, CBS Interactive, Tribune Media, and Nerdist. Beyond writing about TV, movies, and theme parks, Chris co-hosts and produces GameSpot's wrestling podcast Wrestle Buddies with Mat Elfring. Chris loves all movies, but especially Jaws and Paddington 2.

Back To Top
Load Comments (66)