Publishers like Capcom, Konami, and Namco Bandai are increasingly keeping their biggest and best offerings out of a fourth quarter dominated by first-person shooters and heavily marketed first-party offerings from console makers.

Much is made of "the all-important holiday sales season" in the gaming industry. The phrase is shorthand for the post-Madden NFL stretch of the calendar where a parade of highly anticipated blockbusters hit shelves and consumers empty their wallets for the latest and greatest. But it's becoming increasingly clear that not everyone celebrates this time of year in the same fashion. In fact, for Japanese third-party publishers, Easter is looking like the new Christmas. 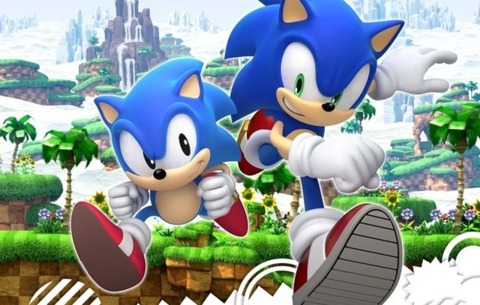 Sonic is one of the few Japanese third-party franchises not running from a fourth quarter release.

From September to November, the industry tracking NPD Group reported 23 different games among its monthly top 10 best sellers. Only two of them--The Legend of Zelda: Skyward Sword and Dark Souls--were developed by Japanese studios, and only Namco Bandai's Dark Souls was from a third-party publisher. The only other Japanese publisher to land a game on the list was PlayStation 3-maker Sony, and both of its chart-making games--Uncharted 3: Drake's Deception and Resistance 3--were developed by American studios.

You could look at that and say Japanese games and third-party publishers can't compete against their Western counterparts. But when it comes to the holiday release window, they aren't even really trying to compete. It's clear from looking at the release schedule that Konami, Namco, Capcom, and their ilk were pulling their punches. Instead of going for a knockout haymaker, the publishers were content to throw low-risk, low-reward jabs like HD remakes for Tekken and Metal Gear Solid games or revamped rereleases for Marvel vs. Capcom 3 and Dead Rising 2. The biggest new games to speak of were Sega's Sonic Generations and Namco Bandai's Ace Combat: Assault Horizon. At the risk of understating things, both would have been considered long shots to make the NPD top 10 list.

When Capcom moved previous years' anticipated hits like Resident Evil 4, Street Fighter IV, and Resident Evil 5 to the first quarter, it seemed like savvy counterprogramming. It was a way to avoid having its biggest releases lose out in the holiday shuffle because gamers wanted to headshot Nazis slightly more than zombies (of course nowadays, Call of Duty lets them do both!). Now, it seems like the Japanese third-party publishers are running scared, and in doing so, they're running into one another more often than not. 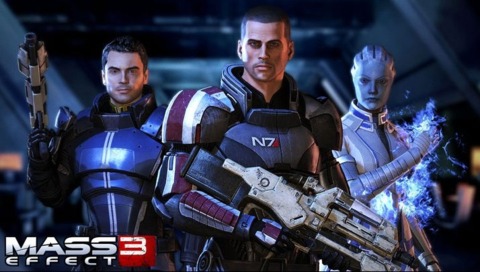 Even in Q1, Japanese publishers will be going up against some stiff competition.

But it's not as if the console makers and Western third-party publishers are leaving the first quarter alone either. Early 2012 will also see the launch of Twisted Metal, Mass Effect 3, Kingdoms of Amalur: Reckoning, Syndicate, The Darkness II, and Kid Icarus: Uprising. Oh yeah, and the PlayStation Vita, along with new Uncharted and Resistance games will be in tow.

It's expected that the fourth quarter will have more gaming goodness than a reasonable player can afford, but now, that looks to be extended into April. My tastes may be considered unconventional, but that first-quarter lineup already has more games for me to be excited about than this holiday season with first and third parties put together. If you throw in new hardware in February, my first-quarter gaming budget is already spoken for, and then some.

The good news is that this industry is increasingly growing out of the fourth quarter, which means it's also growing out of the notion that games are nothing more than children's toys to be purchased at Christmas. The bad news is that publishers still haven't effectively colonized the rest of the calendar, and the rush to carve out a foothold for their titles in the first quarter is going to reprise the holiday dilemma, where entirely deserving titles get lost in the shadow of their better-selling and better-marketed brethren. Hopefully, publishers will adapt, and in coming years, gamers can expect a steadier stream of quality content from all markets, the entire year round.